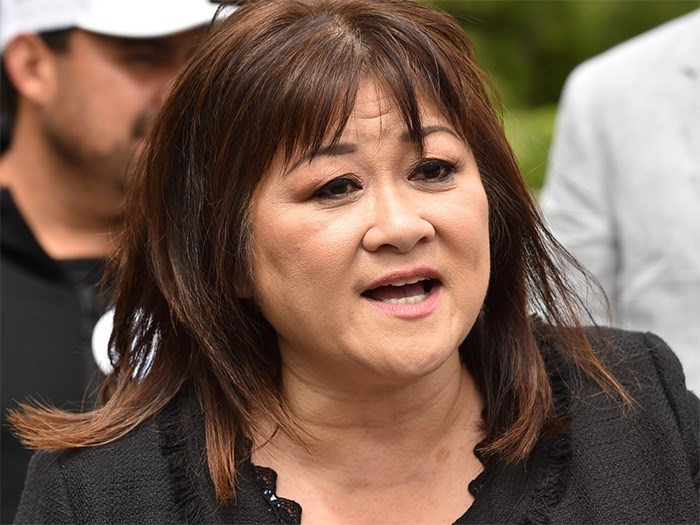 Coalition Vancouver's mayoral candidate, Wai Young, is one of a number of people from her party putting their name on a defamation lawsuit apparently said to be filed in court... soonish?

In a tweet this afternoon the party sent a shot across the bow of Charles R. Menzies, a UBC professor whom they say has defamed them and members of their party by writing an email and a blog post that they feel was not very nice.

They note that they're going to file a "serious defamation lawsuit", as opposed to the more jokey kinds you may be familiar with.

We put in a call to Coalition Vancouver's media contact listed on the release regarding the lawsuit; Mr David Cavey. He couldn't tell us how much the party is intending to sue Menzies for, nor could he release any information regarding when the suit will be filed. When asked if we could review it, Cavey said we could not until it was "approved". He did not say by who.

We were unable to find a copy of the supposedly hate-filled defamatory email and blog post that Menzies is said to have penned, and have reached out to him for comment.

Below is some of what Coalition Vancouver is saying they're suing about, including the fact that "a Google search of the term Alt-Right" reveals it is not a nice thing to call someone. 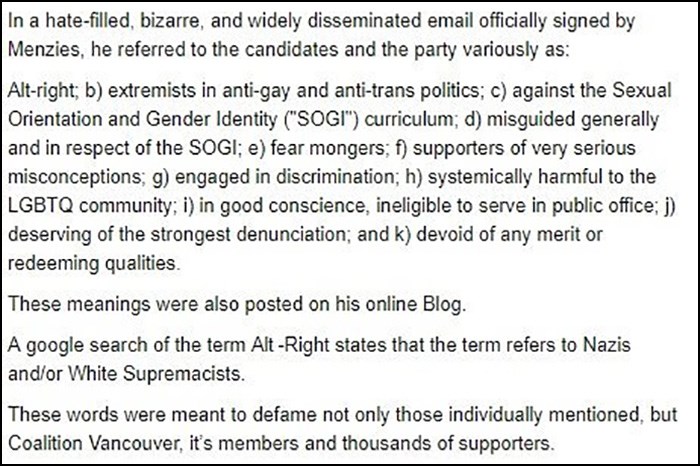 This is not the first time someone has publicly tried to connect a candidate running for the party to the alt-right. In this feature in the Globe and Mail from January, now-mayoral candidate Hector Bremner is quoted as saying that Glen Chernen (now running for a council seat with Coalition Vancouver, but then with the NPA) was "playing to a certain message, that we should blame Chinese people [for the housing crisis]", and that "I represent a voice that is going to resist and reject becoming some extremist alt-right version of ourselves.", insinuating that Chernen would want us to become that.

No lawsuit followed Bremner after making that statement, perhaps because the two men were then both still a part of the NPA, a party they have both since left.