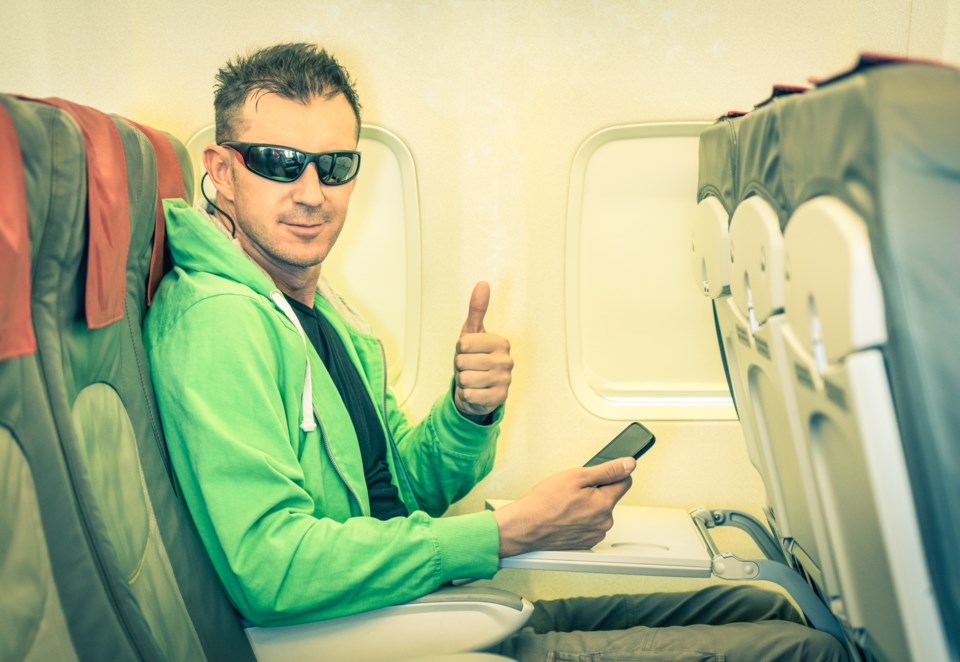 The apology reads "Earlier today, we put out a tweet that was intended to celebrate Valentine’s Day and spark some lighthearted chatter. We missed the mark. Sorry, everyone. Tweet has been deleted."

Apparently their social media team thought it would be a good idea to execute an online contest where they would reward someone with passes to a date night event at the Vancouver Aquarium if they delivered the best on-board pickup line.

The tweet is below, and the general reaction to it on Twitter seemed to be a consensus that the airport should maybe not be encouraging people to be sleazebags who hit on passengers seated next to them on airplanes.

"Go home YVR - your social media is drunk," commented another.

The response which got the most Likes was from someone who took them up on answering how they would act should the situation arise where someone they were attracted to were seated next to them on an airplane:

"I remain absolutely silent the entire ride and hope my respect for their privacy arouses them." 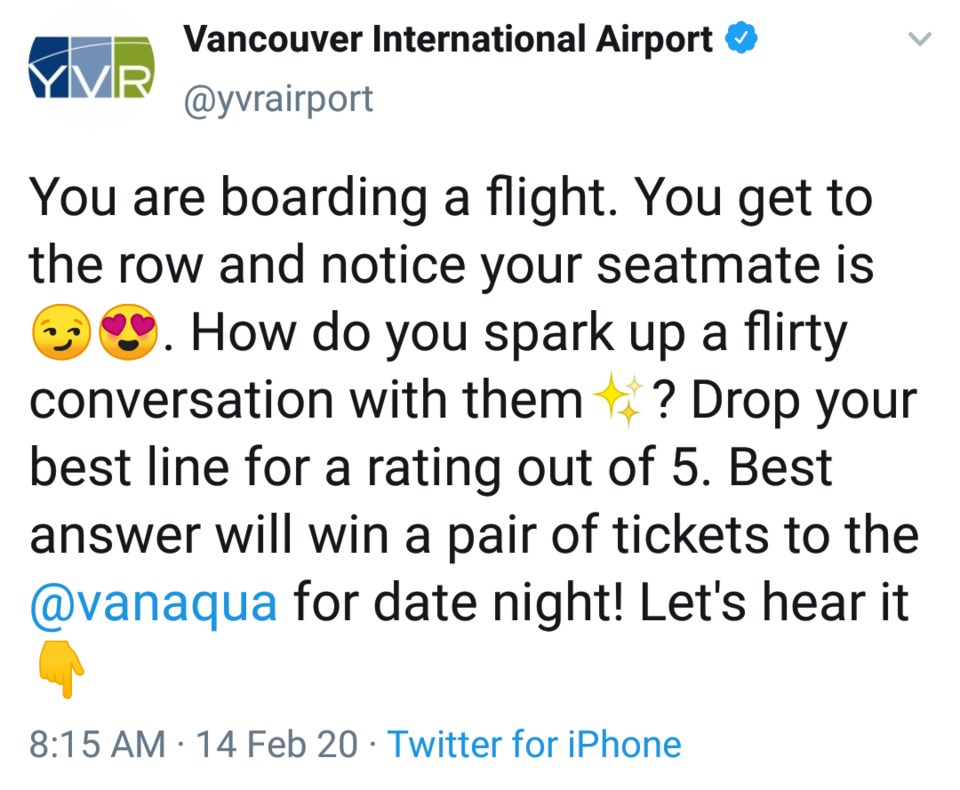 OPINION: Answering the call for housing and workspace solutions in B.C.
Feb 22, 2020 4:09 PM
Comments
We welcome your feedback and encourage you to share your thoughts on this story. We ask that you be respectful of others and their points of view, refrain from personal attacks and stay on topic. To learn about our commenting policies and how we moderate, please read our Community Guidelines.