Voters will have 21 people to choose from to become Vancouver’s next mayor in the Oct. 20 civic election. The position will be vacant because Mayor Gregor Robertson will retire after this term. 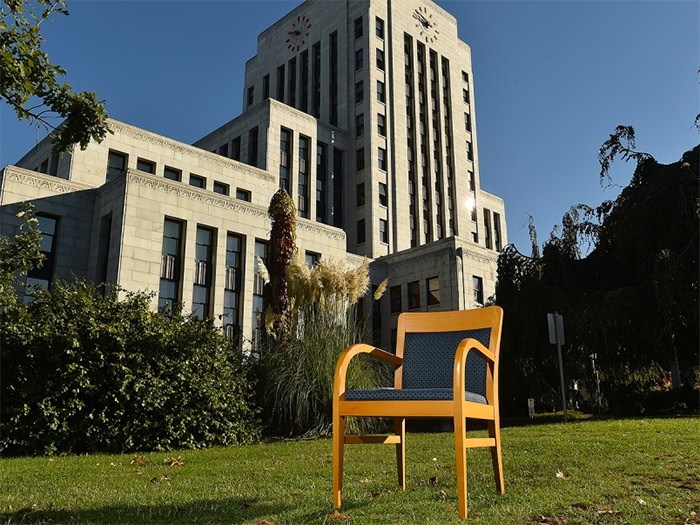 Voters will have 21 people to choose from to become Vancouver’s next mayor in the Oct. 20 civic election. The position will be vacant because Mayor Gregor Robertson will retire after this term. Photo Dan Toulgoet

Voters will have 21 people to choose from to become Vancouver’s next mayor.

The city released a final list Friday of mayoral candidates who filed nomination papers with the city’s election office. All will be vying to replace Mayor Gregor Robertson, who is retiring after 10 years as the city’s leader.

It will be the first time in Vision Vancouver’s history that it will not run a mayoral candidate, meaning the party won’t have a chance to reclaim the mayor’s seat until the 2022 election. Ian Campbell was the party’s mayoral candidate until he withdrew Monday from the race.

The 21 mayoral candidates are in addition to the 71 candidates running for 10 positions on council, 33 for nine spots on school board and 33 for seven spots on park board.

The full list of candidates can be viewed here.

The public can challenge the nominations of the candidates and have until Sept. 18 at 4 p.m. to do so. Candidates can withdraw their nomination or have their endorsement by the elector organization withdrawn by 4 p.m. on Sept. 21.

Candidate nomination documents will be available on the city’s website today (Sept. 15) and available at the city clerk’s office and election office Monday for public inspection.

Candidate financial disclosure documents will also be available Monday at the city clerk’s office for viewing. The same documents will be posted Monday on the city’s website.

New for this election is a randomized ballot, instead of the traditional alphabetical order. City council approved the change earlier this year. Research has shown many voters are more likely to vote for those listed first on a ballot.

The randomized ballot will be selected by draw on Sept. 21. The city is expected to livestream the draw, which will occur in the evening. Advance voting runs Oct. 10 to 17, with locations to be listed on the city’s website.

The city plans to post profiles authored by the candidates on its website and include them in a printed voters’ guide available at community centres and libraries starting Sept. 27. The Courier will also publish a voters’ guide before the election.