Former premier Christy Clark Sharp contrasts between what was being portrayed publicly and what was really going on run through the pages of a new book by two colleagues.
ZZLes Leyne
Mar 22, 2018 5:31 PM 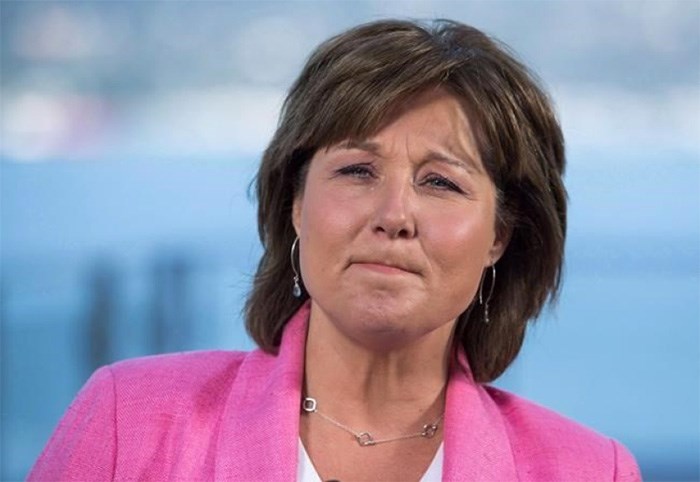 Sharp contrasts between what was being portrayed publicly and what was really going on run through the pages of a new book by two colleagues.

A Matter of Confidence, by legislative reporters Rob Shaw of the Vancouver Sun and Richard Zussman of Global TV, organizes all the political chaos of the last year into one coherent narrative.

Starting with the HST debacle that forced former premier Gordon Campbell to resign, it tracks Christy Clark’s decision to replace him, her stunning 2013 election win and the erosion of popularity over her term.

The 2017 election and its aftermath is the centrepiece of the book, as the dead-heat results prompted weeks of scheming that eventually drove Clark out of office.

The duo pulls back the curtains on one particular chapter after the change of government that has bearing on how what’s going on today. A low-profile Liberal MLA from Abbotsford — Darryl Plecas — drove Clark out of office faster than she’d have liked and wound up Speaker of the legislature. It’s a lesson in how much pressure is always percolating behind the scenes.

It’s worth keeping in mind as Plecas presides over a house where the government has only a two-seat edge on critical votes and the Opposition has vivid memories of his conduct.

The chapter covers the July caucus meeting a week after the Liberal government fell. Clark had surrendered, but gave every indication she was going to carry on fighting the good fight as Opposition leader.

As the authors make clear, there wasn’t much chance of that happening. She had no intention of stepping into the legislature as Opposition leader.

Her private inclination to walk away crystallized at that private caucus meeting. The B.C. Liberals were miserable with their new lot in life, but mostly still supportive of Clark.

She spoke about their new role and got a standing ovation, but Plecas sat still.

He’d expressed concerns earlier about the leadership, but they were in line with the theme of many Liberal post mortems — we were obsessed with balanced budgets, need to be humble, speak to a broader group of people.

After the session concluded, Plecas called colleague Mike Bernier and asked him if he wanted to run for leader.

“Sure, at some point,” was the reply.

Plecas told him to advance his plans, because he was about to take on Clark.

He walked into the next session and went off.

The authors say he included intensely personal criticisms of Clark’s style, such as what he labelled her smirk. The election campaign was terrible, people were tired of Clark and he felt mistreated and bullied by her staff, he said.

He threatened point-blank to go public with his resignation from caucus soon if she stayed. He closed with two points — he would never disclose what he said publicly and Clark should never claim she had unanimous support.

Clark stayed impassive and left the room to give caucus time to discuss his issues.

Outside, she told staff: “Well, this changes things.”

She went back in and the group focused on the leadership issue. The book notes that MLAs all supported her, but she noticed they all had digressions about how they wanted things done differently.

She exploded in frustration at one point as they thrashed it over, as she prided herself on being much more respectful of caucus than her predecessor.

At the end, they had a show of hands and everyone supported her. She told reporters she had unanimous support “from everyone in the room.”

But Plecas had left the room. That exceedingly fine point was typical of Clark.

He quit the Liberal caucus anyway later, after weeks of a cat-and-mouse game with his colleagues about whether he was interested in becoming Speaker.

He resigned from the caucus moments before the new NDP government reconvened the legislature and had to call an election for Speaker. Then he allowed his name to stand for Speaker, changing the arithmetic in the NDP’s favour by one crucial vote. It earned him some Liberal enmity that will last at least the length of this parliament.

Even during times of calm quiet in politics, there are moments of private tension. When the high drama develops, as it did last year, the book shows how high the pressures can get.