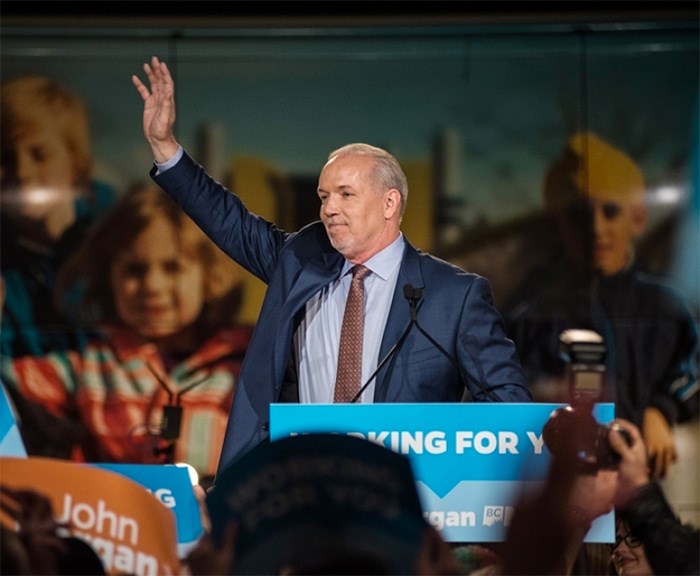 Of all the tin-pot democracies in the world beset by corruption and influence peddling, which one do you think Canada’s newspaper of record recently described as “political-fundraising anarchy,” lacking a “basic level of morality to fundraising” and where businesses “stand to benefit financially” in a place where political parties work “for those that pay them” and “blithely intimate access” to elected officials.

If you guessed British Columbia and not Bolivia or the Republic of the Congo, give yourself a gold star.

The phrases were used in the Globe and Mail’s harshly critical Sept. 19 editorial, the day after new legislation was tabled by the B.C. NDP government to put new limits on election campaign financing.

B.C., you see, is being portrayed as the “Wild West” where “big money” has reigned supreme. Or at least that is what we are led to believe because of a New York Times piece written by reporter Dan Levin.

And who did the New York Times cite to reach this conclusion? His sources included an advocacy organization named Democracy Watch, whose founder is Duff Conacher. Like many, I have puzzled over who funds and operates political groups like Democracy Watch.

Given the lack of information on the organization’s website, I emailed Conacher, who responded to my questions regarding his organization’s financial backers and advisory team.

I failed to learn who are Democracy Watch’s financial backers, other than they get some money through online crowdfunding websites where donor names are made available. Conacher did provide me, however, with an explanation on the rules regarding revealing donors to third party groups (in short, there are few).

In his Times’ article, Levin also quotes Dermod Travis, representative of another political watchdog dubbed IntegrityBC. I requested the same information from Travis and he, too, responded, though by sending links to six-year-old articles in the Globe and Mail and the long-retired Public Eye Online political blog.

What I gleaned from this communication is that Travis is IntegrityBC’s sole contractor and is paid by a business person named Wayne Crookes, who himself was previously involved in party politics some time ago. Crookes — who publicly complained that B.C. politics lacks “integrity” — once ran a campaign for the Green Party of Canada.

It strikes me that neither of the two most-often sourced critics of election finance in British Columbia are themselves pillars of accountability. Yet they both provided the foundation for a highly critical examination of B.C.’s election finance rules by the New York Times, which in turn has been cited countlessly by local media since it was published.

If journalists and pundits are going to claim B.C. politics has actually been corrupted by political donations, then one would hope a little more rigour around the subject is merited. At the very least, we should show where “intimate access” to a B.C. politician gained through a donation has resulted in a financial benefit.

Instead what we get are opinions about our political system being “vulnerable to corruption.” The rhetoric is reminiscent of a Trump campaign pledge to “drain the swamp” in Washington, D.C., which from my perspective is not working out too well.

It is not only media critics who have characterized our political system as vulnerable to corruption. Politicians themselves insinuate that big donations will skew decisions around policy.

While it became a convenient ballot question during the 2017 B.C. election, should one surmise that the politician who accuses his or her opponent of being swayed by big money will themselves be influenced by donors?

It strikes me as not only being a self-defeating accusation, it will only breed more cynicism about our politics, especially among young voters.

Where I see Canada’s political system continuing to be vulnerable when it comes to the influence of money are the dollars being poured across the border by activist organizations. These groups, in turn, fund campaigns that are outwardly and brazenly aiming to influence the outcome of our elections.

For others, however, the size of the donations is the big concern.

Either way, we can have a public discourse about how we raise funds for election campaigns without buying into the narrative that our system lacks checks and balances to prevent the overt influence of political donations.