Attorney General David Eby speaks during a press conference in the press theatre at Legislature in Victoria, B.C., on Thursday April 26, 2018.
The Canadian Press
May 30, 2018 12:04 PM 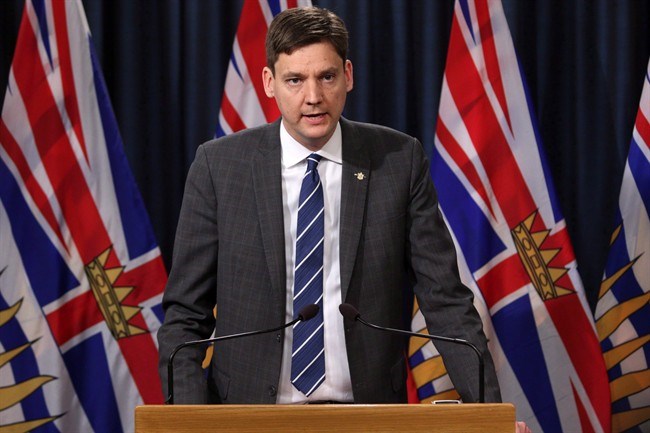 Attorney General David Eby speaks during a press conference in the press theatre at Legislature in Victoria, B.C., on Thursday April 26, 2018. THE CANADIAN PRESS/Chad Hipolito

British Columbia's attorney general is recommending that voters be asked two questions in a referendum this fall to determine whether they want to switch to proportional representation to elect members of the legislature.

David Eby is suggesting to cabinet that voters should first be asked if they would want to switch from the current first-past-the-post system.

They would then be given three options for proportional representation and be asked to rank them based on which they preferred.

If a majority supported making the switch, the option with the highest number of votes would be implemented.

The campaign period starts July 1, with voting by mail-in ballot running from Oct. 22 to Nov. 30.

The questions were released today by Eby after a period of public consultation that included more than 180,000 visits to a government website.

The province's minority NDP government and the Greens have supported proportional representation that determines the number of seats each party gets in the legislature based on its percentage of the popular vote.

Two previous referendums on proportional representation have failed in B.C.

Last year's election saw the Liberals and NDP each receive slightly more than 40 per cent of the vote. But the New Democrats eventually formed a minority government with the support of the Greens, who won three seats and took almost 17 per cent of the popular vote.

The government has said that if a new way to elect members is approved, it will introduce legislation to implement it in time for the next fixed-date election in 2021.