The dude was chilling in front of a popular sign

Those who thought the BC Liberals really stepped in it during the last provincial election might get a laugh out of a Sunday afternoon tweet from new leadership hopeful, Mike Bernier, in town right now garnering support for his campaign.

The tweet contains a photo of Peace River South's MLA standing in front of the sign at Dude Chilling Park along with the caption "You can't go to Mt Pleasant without stopping here. #ItsYourBC.". It's got something featured that he likely didn't notice while the photo was being taken, and after before he posted it; he's literally got his foot in a puddle of dog whiz.

As of the time of this being published the tweet is still up, but I'm sharing a screen grab of it here juuuust in case. 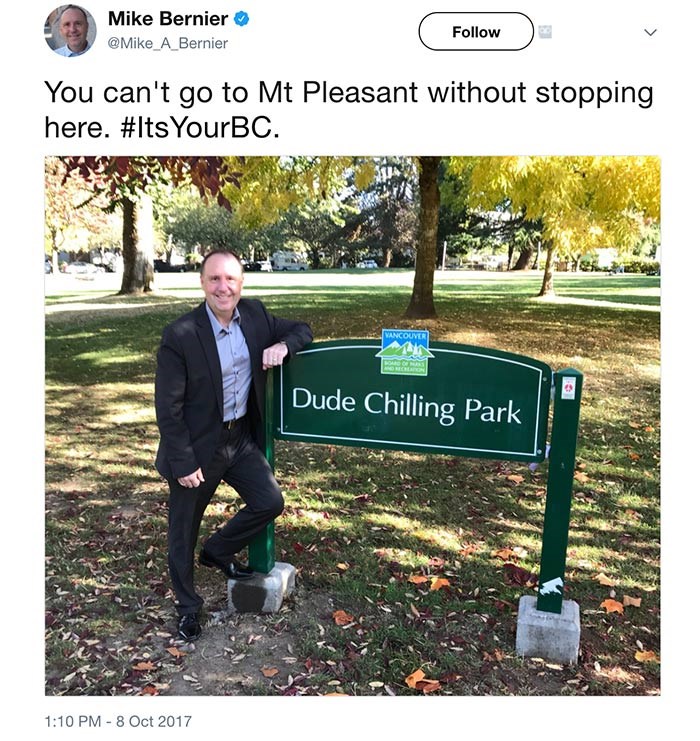