NDP spent almost $300,000 on advisers during transition to power 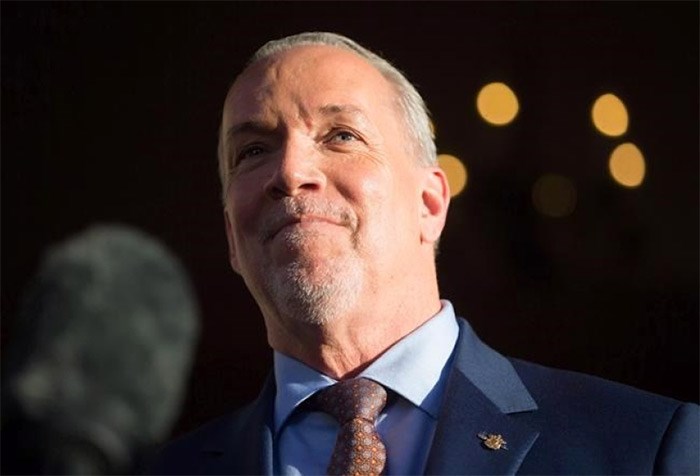 The team that helped Premier John Horgan transition to power in July billed for nearly $300,000 in taxpayers’ money, the NDP government said Tuesday.

The government released the figure after the Liberal Opposition attacked Horgan in the legislature for awarding lucrative no-bid contracts to “his longtime NDP friends and supporters.”

The maximum value of the 35 direct-award contracts was $812,800, but the government said the contractors billed for less than half that amount at $295,479.40. Most of the contracts began the first week of July and expired July 21.

“Transition costs are a normal expense by any incoming government, and our new government had a lot of work to do after 16 years of B.C. Liberal neglect,” Jen Holmwood, deputy communications director in the premier’s office, said in a statement.

“Our highly qualified transition team helped us hit the ground running on key initiatives like removing tolls, cutting MSP, and working to get our schools ready for kids in September.”

The Canadian Union of Public Employees received a contract worth up to $25,000, but did not bill for any work, the government said.

The Liberals derided the contracts in the legislature, referring to them as Horgan’s “summer works” program for friends and insiders.

“In the absence of any concrete jobs plan — we certainly haven’t seen one — is rewarding his friends with contracts and salaries the NDP version of a jobs plan?” asked Liberal MLA Shirley Bond, a former jobs minister.

Horgan deflected the attacks, arguing that the previous Liberal government hired a transition team when it took power 16 years ago.

“This is standard procedure,” he said “Nothing to see here.”

He added that anyone watching question period at home would understand the need to transition from “one hostile group to a new group.”