At this stage, the BC NDP would head to an election campaign with the biggest “voter pool” in the province
Feb 4, 2020 4:24 PM By: Mario Canseco 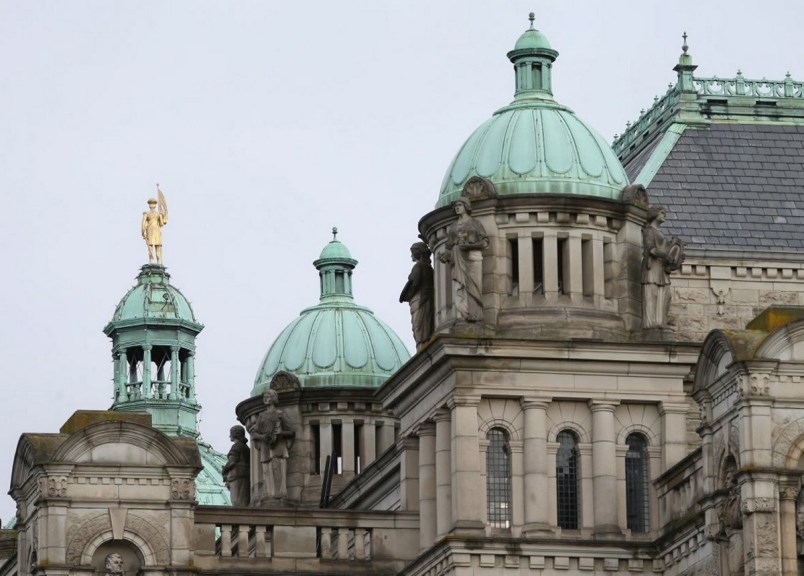 At this stage, the BC NDP would head to an election campaign with the biggest “voter pool” in the province. Photo: B.C. Legislature/contributed

Rumours about the possibility of the first early election of the 21st century in British Columbia have been rampant for the past few weeks.

The retirement of BC Green Party Leader Andrew Weaver has led to a race to find his full-time replacement. There is no certainty that whoever becomes leader will continue the confidence and supply agreement that enabled BC New Democratic Party (NDP) Leader John Horgan to become premier in 2017.

British Columbia’s recent elections, with the exception of the 2001 mammoth mandate for the Gordon Campbell-led BC Liberals, have been remarkably close on voting percentages when compared with what has transpired in other Canadian provinces. The democratic processes of 2005, 2009 and 2013 saw the BC Liberals hovering around the 45% mark, with the BC NDP at or near the 40% mark.

In 2017, the resurgence of the BC Greens led to the province’s two major parties finishing in a tie. Horgan eventually formed the government and will find himself running against two completely different leaders when the next election takes place.

Research Co. gauged the current impressions of four provincial political parties in the electorate. It is too early to take a serious look at how British Columbians would actually vote, especially with caveats such as who will lead the BC Green Party, how many candidates the BC Conservative Party would field and how many incumbent MLAs would retire before the next vote.

At this stage, the BC NDP would head to an election campaign with the biggest “voter pool” in the province, as three in five British Columbians (60%) acknowledge that they would “definitely” or “probably” consider casting a ballot for their candidates in their constituency.

The BC Liberals are a few points behind, with 56% of British Columbians saying they would consider voting for this party in the next election. The “voter pool” is smaller for the BC Conservative Party (46%) and the BC Green Party (45%).

The regional breakdowns help tell the story of how the parties are connecting with would-be voters. On current voting consideration, the BC NDP is decidedly ahead of the BC Liberals in Metro Vancouver (62% to 53%). The BC Liberals keep the upper hand over the BC NDP in southern B.C. (61% to 50%), where the official Opposition holds 14 of 16 seats.

In Vancouver Island, a three-way race may create problems for BC NDP incumbents. At this point, 53% of Vancouver Islanders say they would consider voting for the BC Green Party, with the BC NDP and the BC Liberals close behind (at 51% each). The Greens do not fare as well in other regions, with just two in five voters in southern B.C. and northern B.C. saying they would consider backing a BC Green candidate.

In 2017, the BC Conservatives ran in only 10 of the province’s 87 ridings. Right now, almost half of would-be voters in Metro Vancouver (47%) and southern B.C. (46%) are willing to take a second look at the party, if a contender appears on their ballot.

It is important to remember that the last two experiments that saw an incumbent provincial government in Canada engineer an early election ended with very different results.

In 2019, Manitoba Premier Brian Pallister called an early ballot and ultimately got a larger caucus in the legislature, even if his numbers on approval and being regarded as the “best premier” among the contending leaders were not particularly eye-catching.

In 2015, Alberta Premier Jim Prentice courted members of the Wildrose Party into the Progressive Conservative banner and called an election at a time when 30% of Albertans did not know who Rachel Notley was. Weeks later, she would become premier as the leader of the provincial New Democrats.

Aside from the usual considerations of economic growth and employment rates, two issues will play a key role in signalling the incumbent government’s intentions to seek a fresh mandate from British Columbians.

The first one is housing, which remains crucial in Metro Vancouver. The level of support for the provincial government’s housing taxes is strong, as was outlined in a Research Co. survey conducted in December. The government needs to show momentum on this file to maintain the support of voters.

The second issue is the ongoing inquiry into money laundering. An analysis of the decisions taken by the previous BC Liberal government on this file may provide the kind of press and social media chatter that current leader Andrew Wilkinson would prefer to avoid.

The findings of the commission, even if partial and incomplete, could make it politically advantageous for the BC NDP to call a new election. •

Results are based on an online study conducted January 21–24, 2020, among 800 adults in British Columbia. The data has been statistically weighted according to Canadian census figures for age, gender and region in Canada. The margin of error, which measures sample variability, is plus or minus 3.5 percentage points, 19 times out of 20.