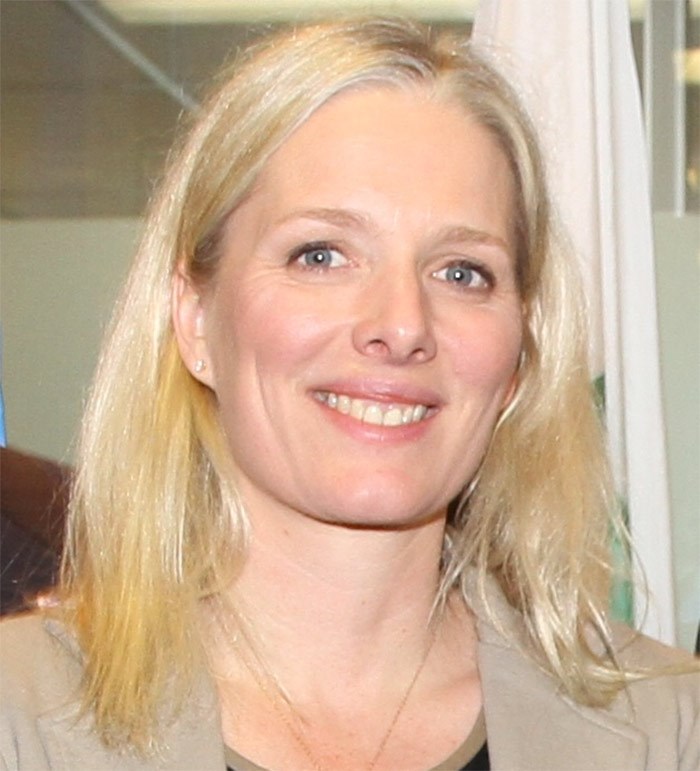 VANCOUVER - Environment Minister Catherine McKenna confronted a reporter for The Rebel on Friday, demanding he make a commitment that the far-right website stop calling her "climate Barbie."

The exchange occurred at a news conference after a meeting of provincial, territorial and federal environment ministers in Vancouver.

Christopher Wilson identified himself as a Rebel reporter and asked McKenna a question about the federal government's opinion on the role of hydroelectricity as a clean power source.

"So you're the Rebel Media that happens to call me 'climate Barbie.' I certainly hope that you will no longer use that hashtag," McKenna said.

Wilson replied that he personally has never called her that name.

However, the reporter has used it at least twice on Twitter and it appeared in an article published under his byline in January. He did not immediately respond to a request for comment.

McKenna pushed Wilson for a commitment that The Rebel will stop using that name in its articles and on social media.

"Me personally, yes, but I don't have editorial control of others," Wilson responded.

Wilson then accused McKenna of banning one of The Rebel's correspondents from going to an upcoming climate conference, which McKenna denied and said she wrote a letter encouraging the outlet to come so they could learn about climate change.

"Absolutely, and I have a legitimate question about hydroelectricity's role," Wilson said.

McKenna interjected that she was just asking for a commitment that the outlet won't call her names, talk about the colour of her hair or make fun of her.

"The reason I'm asking you not to do this is because I have two daughters. There are lots of girls that want to get into politics and it is completely unacceptable that you do this," she said.

Wilson replied by saying he finds it unacceptable that McKenna "smears" people who question climate change as "deniers" with "all the connotations of the Holocaust denial."

McKenna ultimately thanked Wilson for his commitment to stop using the term and addressed his question on hydroelectricity.

The Rebel did not immediately respond to a request for comment.

In September, Conservative MP Gerry Ritz apologized for calling McKenna "climate Barbie" on Twitter, saying the term is "not reflective of the role the minister plays."