A video interview conducted and posted by Burnaby NOW in 2011 is shedding necessary light on a media-wary Conservative candidate and her beliefs.
0
Oct 3, 2019 2:11 PM By: Chris Campbell 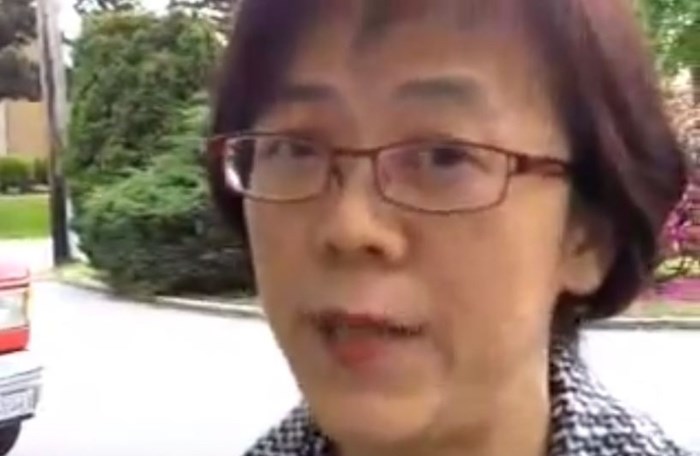 Burnaby North-Seymour Conservative candidate Heather Leung has - so far - refused to do any media interviews and looks committed to not taking part in any of the riding’s all-candidates’ meetings.

Leung’s abortion stance, which includes her view that even woman who have gotten pregnant after being raped should denied access to an abortion, is well documented.

Now a video interview conducted by Burnaby NOW in 2011 is shedding necessary light on the candidate and her beliefs. Former NOW reporter Jennifer Moreau produced the video, which documented the passage in 2011 of a gay- and transgender-positive school board policy in Burnaby aimed at stopping bullying.

With Leung hiding from public view to avoid questions about her views on important issues, an item on the record such as this video can provide voters with further insight.

The video shows Burnaby students proudly fighting for the rights of students bullied for who they are.

But at around the two-minute mark, there is an interview with Leung, who was fighting against the policy.

Leung’s opposition to this policy isn’t a revelation, however voters may want to take a look at this interview to hear from Leung firsthand.

In the interview, Leung says she doesn’t think the policy is really about stopping bullying, but is actually an attempt to “push” kids into the “homosexual” “camp."

Leung also brings up her belief that LGBTQ2+ people (though, she doesn’t use that acronym) are trying to “recruit” kids.

However, policies like the one passed in 2011 and the SOGI education materials approved more recently by the B.C. government are all about stopping bullying by educating children about LGBTQ2+ communities, some of whom are their classmates. The goal is to make schools more inclusive and potentially saving lives.

This story has been edited and condensed for syndication on V.I.A. You can read the original article here.