New Westminster resident Daniel Fontaine is helping to organize a new electors’ group that aims to field a slate of candidates in next year’s municipal election. The group is encouraging residents and businesses to get involved in the coalition. 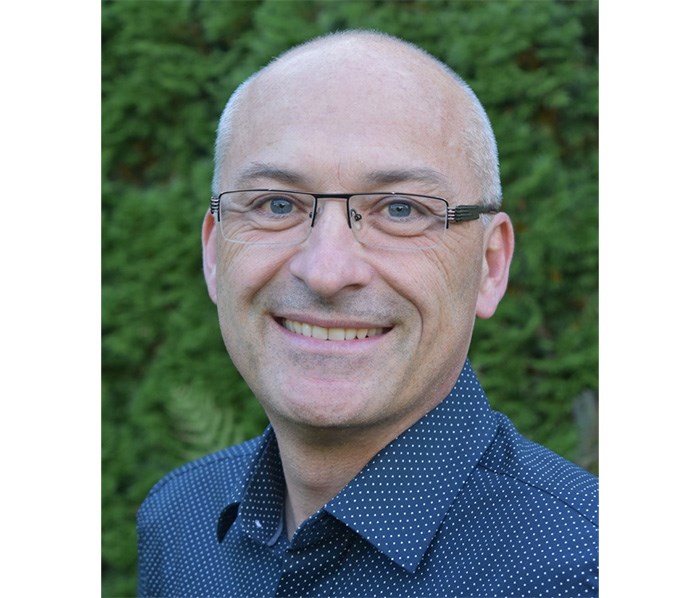 New Westminster resident Daniel Fontaine is helping to organize a new electors’ group that aims to field a slate of candidates in next year’s municipal election. The group is encouraging residents and businesses to get involved in the coalition. Photograph contributed

A newly formed group in New Westminster aims to bring new ideas and a balanced approach to their city council and school board.

The New Westminster Progressive Electors Coalition has a familiar ring to the Non-Partisan Association - though perhaps a bit more progressive - and is being chaired by Daniel Fontaine, a resident of New West for the last 15+ years. Fontaine worked as Sam Sullivan's Chief of Staff when Sullivan was mayor of Vancouver and he also co-published an NPA-friendly politics blog called City Caucus which called it a day in 2012.

The group plans to field a slate of candidates for New Westminster city council and school board in the Oct. 20, 2018 municipal election. The coalition plans to launch a series of neighbourhood gatherings and policy development sessions over the coming months and expects to make an announcement about the establishment of a formal Elections B.C. registered elector organization next spring.

“I keep hearing from people in our community that they are looking for positive new ideas and want to support a diversity of opinions at city hall,” Daniel Fontaine said. “Our vision, mission and core set of principles is resonating with a broad cross-section of our community, and it’s helping to build momentum leading up to the October 2018 civic election.”

The group hasn’t determined whether it will field full slates for city council and school board, but Fontaine said he doesn’t believe it’s particularly good for democracy to have everyone on city council or school board elected from the same slate.

In the 2014 civic election, all seven members of city council were endorsed by the New Westminster and District Labour Council.

People who have voted NDP, Green and Liberal or have no political affiliation have all expressed an interest in the “very broad” coalition, Fontaine said.

“I tend to not want to focus at the municipal side on a right-left split. I think what we are really going to be talking about is what’s right for the city and putting the city first,” he said. “For me, the big thing is leaving the provincial and federal politics behind and leaving them outside of city hall and school board chambers so that we are representing the City of New Westminster’s interests, not provincial parties and not federal political parties. That to me is the number 1 concern, more than where someone lands on a political spectrum in terms of left or right.”

In the past, a slate of candidates ran under the Voice New Westminster banner, but had limited success against labour-endorsed candidates.

“We have all committed that we are going to run a very positive campaign,” Fontaine said, when asked about Voice New Westminster. “Where the current council has done a good job, I know I am willing to acknowledge that and say they have done good work. Everyone sees each other at the local Tim Hortons and the arena; we are a small community. I think what we are really about is giving people a choice and an alternative to the current council. I am not saying everything they have done is bad, but what I am saying is that the public needs an alternative. We are going to put a very positive alternative forward next year. I think there will be some very interesting ideas coming forward and I am hoping it will capture the public’s imagination.”