Elizabeth May steps down as Green party leader

Elizabeth May announced Monday she is stepping down as the leader of Canada's Green party.
Nov 4, 2019 10:05 AM By: The Canadian Press 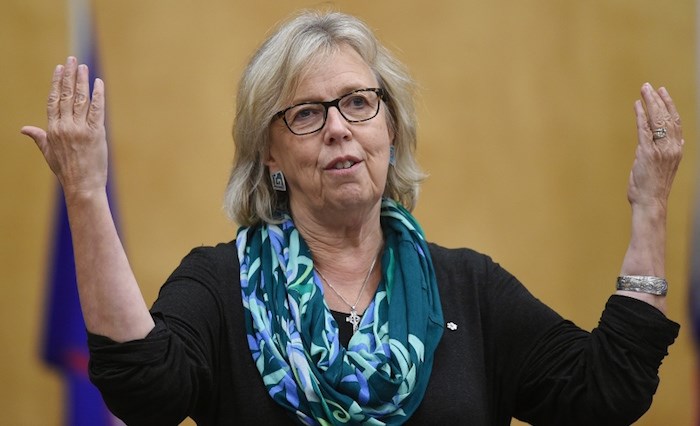 Green leader Elizabeth May says her party will hold government’s feet to the fire, despite winning only three seats and failing to crack Vancouver’s federal landscape. File photo Dan Toulgoet

Elizabeth May announced Monday she is stepping down as the leader of Canada's Green party.

At a press conference held this morning, May indicated she is appointing deputy leader Jo-Ann Roberts as her successor.

The Greens are welcoming messages of gratitude for May:

May remains the MP for Saanich-Gulf Islands in B.C.

May, 65, says she promised her daughter three years ago that the 2019 election would be her last as the party leader — though not necessarily her last as an MP.

Roberts is a former New Brunswick CBC journalist who ran unsuccessfully for the Greens in Halifax in the recent federal election.

The fact that neither of the other two Green MPs elected last month — Jenica Atwin in Fredericton and Vancouver Island's Paul Manly — were tapped for the interim job, ensuring they are eligible to seek the permanent job at a leadership convention in October 2020.

Both were elected as Green MPs alongside May last month. Atwin is the first from outside of B.C. to be elected under the Green banner.

May has led the Greens since 2006, becoming the first Green MP elected to the House of Commons in 2011.