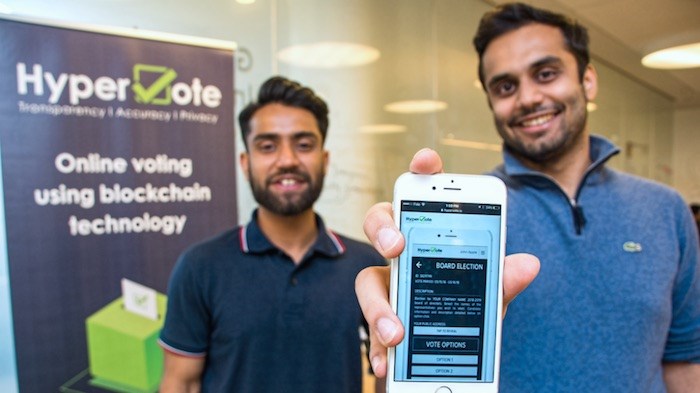 There’s nothing particularly novel about the threat of fake news in this month’s federal elections, according to David Masson.

“In a lot of ways it’s been around a long time. It’s called propaganda,” the former British intelligence officer, now the Canada country manager for cyberdefence firm Darktrace, told Business in Vancouver.

“But social media as it exists is basically weaponized propaganda in a way that we never could have foreseen before to make it so much more effective.”

That makes fake news “quite a considerable threat” for Canada, Masson said.

“We can expect that to happen [during the elections] if it’s not happening already,” he added.

An April 2019 report from the Communications Security Establishment, the federal agency responsible for foreign signals intelligence, warned the country was “very likely” to face the same sort of election meddling as that witnessed in other advanced democracies in recent years.

The U.S. may have been the highest-profile case recently, with American intelligence services concluding Russian hackers interfered in the country’s 2016 presidential elections by hacking the Democratic National Committee.

Russia also targeted France during that country’s 2017 presidential elections with a leak of emails from President Emmanuel Macron’s campaign.

“The pressure’s on the Canadian government, Elections Canada, to make sure that everyone’s going to be OK,” Masson said.

So how will Canada mitigate threats of election meddling?

Tapping into blockchain technology to secure the voting process might be one avenue, but it may be about a decade away from being successfully implemented on a countrywide level, according to Hudhaifah Zahid.

Zahid, who operates the transportation startup Carmodity, is also the co-founder of B.C.-based HyperVote.

That company has developed blockchain technology that can secure balloting in votes such as shareholders’ elections of board directors, and had held talks with Richmond and Burnaby about eventually introducing online voting.

The last challenge is the easiest to address, but identity confirmation is where Canadians are likely to see a lot of problems in the coming years, according to Zahid.

“You’d have to connect all the identity silos across Canada, as people are registered in multiple provinces,” he said. “And that, I think, is the mammoth task I don’t think we’ve started.”

Meanwhile, the concerns over fake news might be able to be addressed effectively by artificial intelligence that can recognize it as propaganda.

But Masson said it would work effectively only if combined with human influence.

“If you need artificial intelligence to show that something is fake and pretty quickly, then it takes human beings to decide to do something about it,” he said, adding that human beings must actively rebut fake news.

A September report from Data & Society Research Institute Inc. concluded that efforts to fight “deepfakes” – videos that have been altered through machine learning to manipulate viewers – have focused on automated detection or else distributed verification technologies.

But the authors of Deepfakes and Cheap Fakes: The Manipulation of Audio and Visual Evidence said that using AI to fight deepfakes must be addressed through a combination of technical and social solutions.

The report said content moderation and social policies – such as more effective consequences for those involved in this manipulation – should be more highly prioritized among tech companies used as platforms to distribute deepfakes.