Pictures of Danforth shooting victim Reese Fallon, are left with candles at a makeshift memorial remembering the victims of a shooting on Sunday evening on Danforth, Ave. in Toronto on Monday, July 23, 2018.
0
Jul 27, 2018 12:43 PM By: The Canadian Press 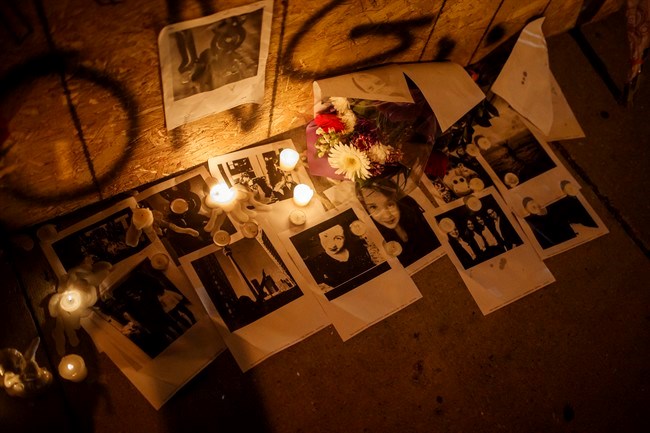 Pictures of Danforth shooting victim Reese Fallon, are left with candles at a makeshift memorial remembering the victims of a shooting on Sunday evening on Danforth, Ave. in Toronto on Monday, July 23, 2018. THE CANADIAN PRESS/Mark Blinch

Following the recent mass shooting in Toronto, the federal government is eyeing tighter restrictions on handguns — possibly by making certain firearms harder to buy and allowing municipalities to impose their own controls.

A federal official with knowledge of the current brainstorming says ideas have been percolating for several months — building on firearms legislation introduced in March — and have evolved further after Sunday's shooting in Canada's largest city.

Bill C-71 would expand the scope of background checks on those who want to acquire a gun, strengthen record-keeping requirements for sales and require purchasers to present a firearms licence.

But the government is actively exploring additional measures.

One possibility is including fewer firearms in the category of guns that are restricted but still available for purchase by certain buyers.

Another idea being studied would see the federal government hand off some responsibilities under the Firearms Act to the provinces which could, in turn, permit municipalities to restrict purchases or even impose bans.