Green Leader Elizabeth May says it appears Canadians are about to elect a minority government.
0
Oct 16, 2019 3:18 PM By: The Canadian Press 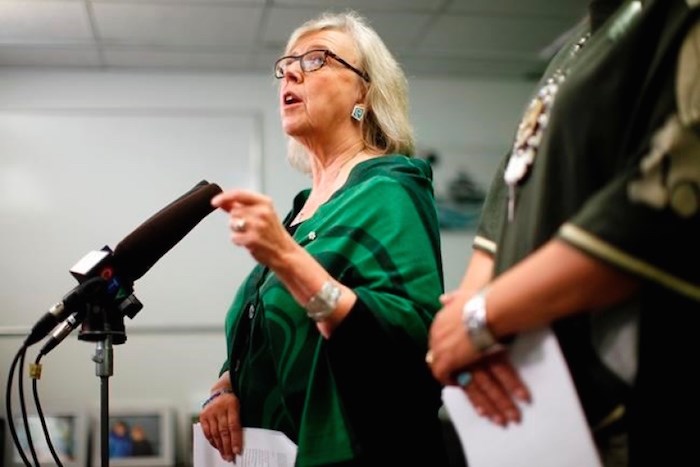 Green Party Leader Elizabeth May announces the Green government will expand the single-payer medicare model to include pharmacare for everyone during a press conference at the campaign office of candidate Racelle Kooy while in Victoria, Wednesday, Oct. 16, 2019. THE CANADIAN PRESS/Chad Hipolito

VICTORIA — Green Leader Elizabeth May says it appears Canadians are about to elect a minority government.

She says minority Parliaments ensure co-operation between parties and the Greens can play leading roles in implementing environmental policies that fight climate change.

May warns against electing a majority Liberal or Conservative government, saying neither party is truly committed to climate action.

The Greens held two seats when the election was called and are hoping for a breakthrough on Oct. 21 that has eluded them in previous votes.

May says she's willing to talk to all parties in the event of a minority situation, but describes New Democrat, Conservative and Liberal environmental policies as road maps for failure.

May said the Greens' "Mission: Possible" climate plan includes halting the Trans Mountain pipeline expansion project and cutting Canada's greenhouse-gas emissions by 60 per cent below 2005 levels over the next decade.