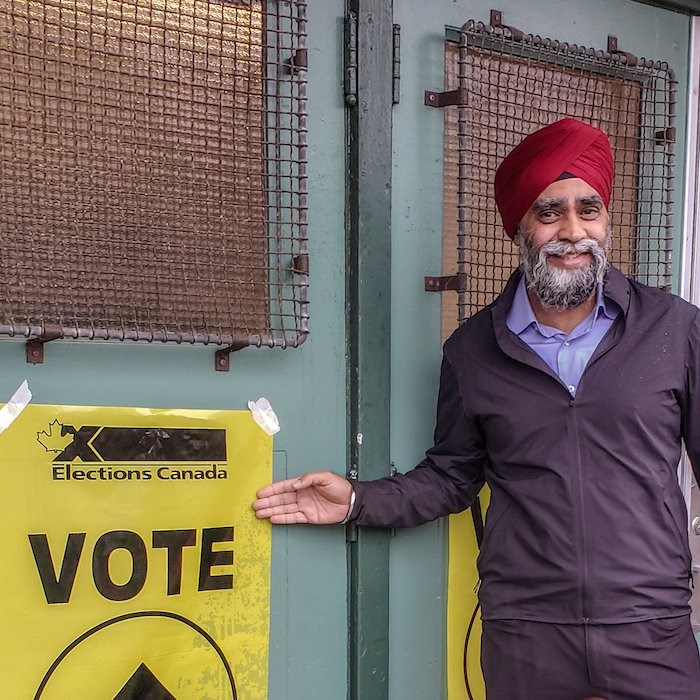 Liberal Harjit Sajjan tweeted a photo of himself voting on Oct. 21, 2019. He has been re-elected in his riding of Vancouver South. Photo: @harijitsajjan/Twitter

Sajjan is a former Vancouver police officer and decorated combat veteran. Sajjan served as Minister of Defence in the Trudeau government and moved from India to Canada with his family at the age of five.

Sajjan was a VPD member for 11 years, based primarily in his home riding, and finished his policing career as a detective with the gang crime unit. Sajjan is also the first Sikh to command a Canadian army regiment — a reserve regiment known as the Duke of Connaught’s Own. As a member of the regiment, Sajjan participated in four military deployments: one to Bosnia and three to Afghanistan.

One of Sajjan's most significant rivals in 2019 in the riding was Conservative Wai Young, who, in 2018, lost her bid to be mayor of Vancouver to Kennedy Stewart when she ran under the Coalition Vancouver banner. Previously, Young held the Vancouver South seat from 2011-2015, when she lost to Sajjan.