Fractures within a civic political party in Surrey, B.C., are widening with the resignation of a third member of the Safe Surrey Coalition in the last two months.
Jul 18, 2019 12:16 PM By: The Canadian Press

SURREY, B.C. — Fractures within a civic political party in Surrey, B.C., are widening with the resignation of a third member of the Safe Surrey Coalition in the last two months. 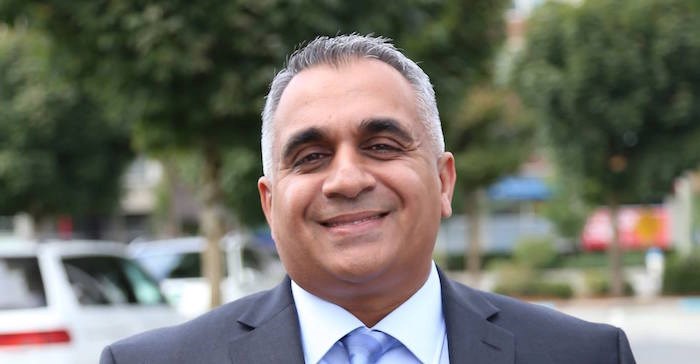 Coun. Jack Hundial announced his departure Thursday, citing concerns about coalition leader and Surrey Mayor Doug McCallum's methods in the effort to replace the city's RCMP with a municipal force.

He says in a statement that the mayor's decision to dissolve Surrey's public safety committee in favour of an interim Police Transition Advisory Committee was "the last straw."

Hundial, a former RCMP officer, says his 25 years in law enforcement contributed to the party's election of seven of Surrey's eight councillors in last fall's civic vote, yet he has had just one, 30-minute conversation with McCallum about public safety since then.

Hundial says McCallum's latest report on a municipal police force "will only make the criminals feel safer in Surrey."

Hundial joins former coalition councillors Stephen Pettigrew and Brenda Locke in sitting as an Independent on council, while McCallum and five other councillors continue under the Safe Surrey Coalition banner.

The coalition's election platform estimated the switch from RCMP to a civic force could be accomplished within a 10 per cent cost increase.

But Hundial says McCallum's latest proposal cuts both the quality of current policing programs and the number of officers on the street.

"I can never support any initiative that states Surrey needs fewer police officers at a higher cost," Hundial says in the statement.

Hundial says the mayor's report was rushed through without an independent feasibility study and "does not adequately address the public safety reason for changing to a municipal police force."

Since the municipal election, the RCMP has added provisions that could allow Surrey to have its own local police board within the federal force and Hundial believes the change should be examined "before rushing ahead" with a civic force.