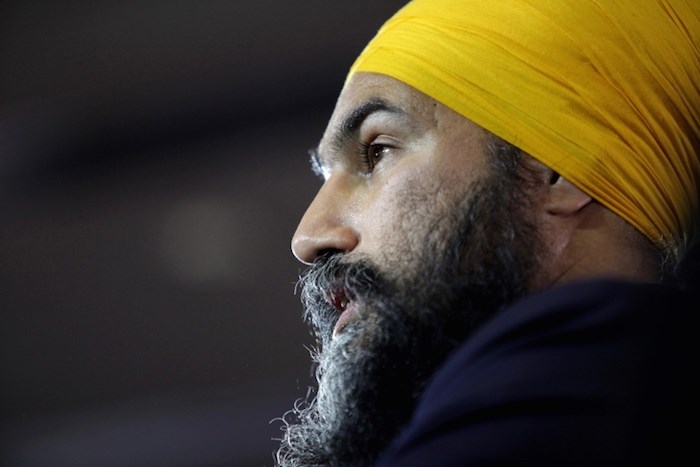 But the NDP leader and Burnaby South MP acknowledged that he’ll be returning to a Parliament with a majority of fellow MPs representing the two largest parties – Liberal and Conservative – which support the twinning of the pipeline from Edmonton to Burnaby.

“I have been opposed to Trans Mountain. I will continue to be opposed to it, and I want real action on fighting the climate crisis,” he said.

Thanks to the Liberals falling short of a 170-seat majority, the NDP could wield newfound power in Parliament.

Asked whether he would pursue a coalition government with the Liberals or another arrangment to support Prime Minister Justin Trudeau’s government, Singh said he didn’t want to negotiate in the media.

“Everything's on the table ... We're not ruling out anything.”

While he vowed to continue fighting for his party’s policy goals on pharmacare, housing, climate change, electoral reform and more, Singh acknowledged Canadians did not elect a New Democratic government.

Singh held onto his Burnaby South seat by a slimmer margin than in the Feb. 25 byelection, which saw him win by more than 12 percentage points. By the end of the night, however, he remained six percentage points and more than 2,800 votes ahead of his Conservative challenger, Jay Shin.

Burnaby stands to benefit from having a national leader who holds the balance of power representing the community, according to Burnaby councillor and chair of the Metro Vancouver board Sav Dhaliwal.

“He will know what the local governments need, whether it's transit, whether it's housing, whether it’s climate change ... We will have a direct pipeline to Ottawa,” he said.