With just days to go before election day, Kennedy Stewart is still leading the polls and more than half of voters are considering independent candidates for council.
0
Oct 16, 2018 4:14 PM By: Jessica Kerr

With just days to go before election day, Kennedy Stewart is still leading the polls and more than half of voters are considering independent candidates for council.

An online survey conducted by Research Co. reproduced the ballot that will be used in the Oct. 20 election, listing the names of all 21 mayoral candidates in the random order that was drawn last month, and 36 per cent of decided voters said they will vote for Stewart, or have already voted for him in the advance polls. Support for Stewart is up two points since early October. 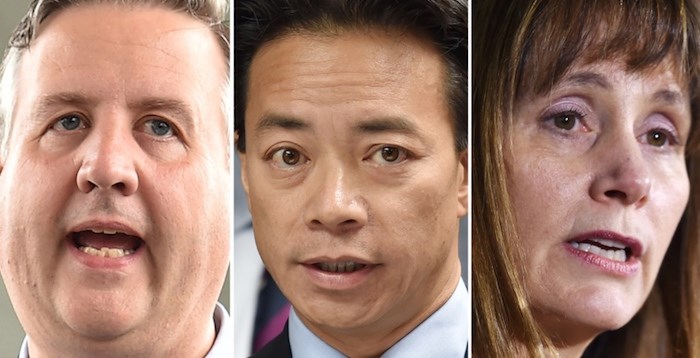 When it comes to choosing the next city council, the poll shows that 53 per cent of Vancouver voters are “definitely” or “probably” considering voting for independent candidates.

In terms of parties with the highest level of consideration when it comes to council candidates, 47 per cent of voters are considering voting Green, 35 per cent for the NPA, 34 per cent for COPE, 29 per cent for Vision Vancouver and 27 per cent for OneCity.

Yes Vancouver, Vancouver First and Coalition Vancouver all came in at 18 per cent, and 16 per cent of respondents said they are considering voting for ProVancouver.

After weeks of campaigning, one third of Vancouver voters are still undecided — 41 per cent of those aged 18 to 34 and 43 per cent of women.

“Many Vancouver voters are still making up their minds about the candidates and parties they will support on October 20,” Mario Canseco, president of Research Co., said in a press release. “This group includes three-in-10 of those who voted for Kirk LaPointe in the last mayoral election, and more than a quarter of those who cast a ballot for Gregor Robertson.”

The results are based on an online survey conducted from Oct. 12 to 14 using 401 voters, including 265 decided voters.