An audit of Mayor Kennedy Stewart's Twitter activity
Feb 5, 2020 6:43 AM By: Bob Kronbauer

Leading up to the last municipal election I did an audit of outgoing Mayor Gregor Robertson's Twitter feed.

Tallying all of the times he tweeted and retweeted links to stories in the news media, my conclusion was that he was quite fond of the coverage offered to him and his party, Vision Vancouver, by Daily Hive. You can read about it here. 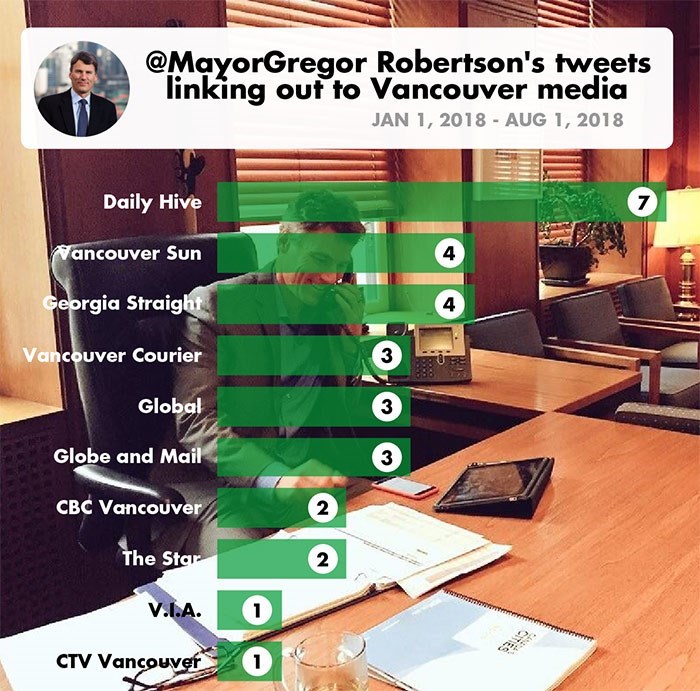 Robertson's successor, Kennedy Stewart, has been tweeting as Vancouver's mayor from his @KennedyStewart account since November of 2018, so I figured it was about time to take a look into his feed and see what it says about him.

Stewart's shares are mostly made up of what you'd expect from an elected official.

Looking at those links you'll get a pretty good idea of the newspapers he subscribes to (The Globe and Mail and the Vancouver Sun, apparently), and also those which he doesn't seem to read at all.

Much like Robertson, Stewart doesn't tweet any links from The Province newspaper. I've never heard him call it "a rag" like Robertson did, but for some reason he's not reading it. Or if he is, he isn't sharing stories from it.

Also, shockingly, you'll find no links to articles from The Tyee or the National Observer in Mayor Stewart's feed.

Lastly, he's never tweeted out a link that lives on VancouverIsAwesome.com, despite sharing multiple stories published by the New York Times, and one from the satirical publication, The Beaverton.

Have a look at the graph below and draw your own conclusions. 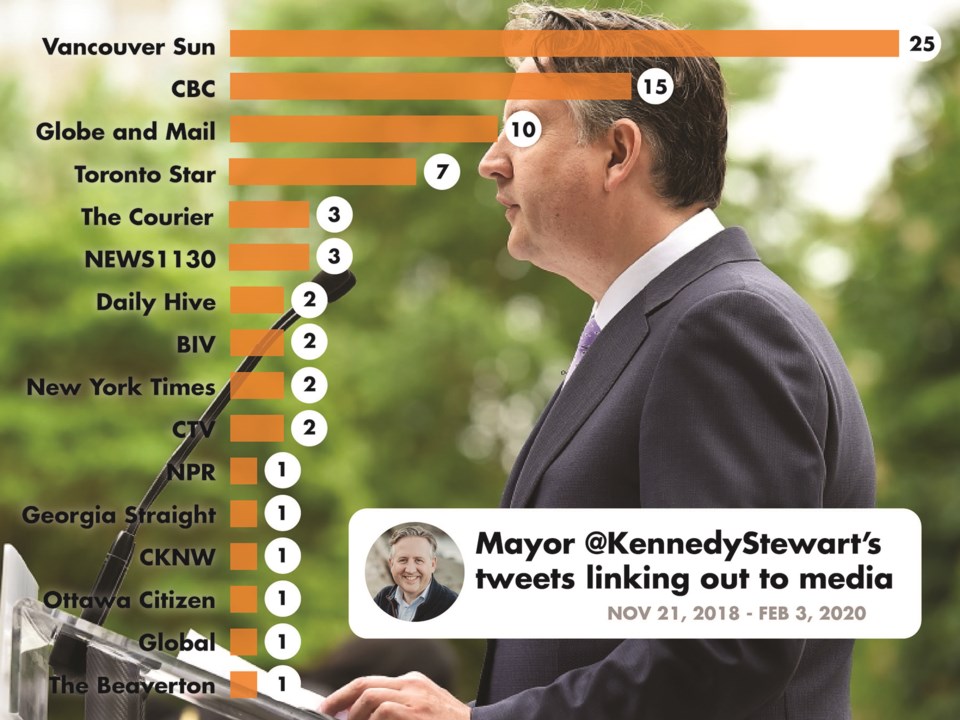 A look at the publications Kennedy Stewart has shared links to from his Twitter account since being elected as Vancouver's mayor. Photo Dan Toulgoet