The federal Department of Fisheries and Oceans says it never asked the province to investigate a fish lab
Glacier Media
Oct 25, 2017 10:56 AM 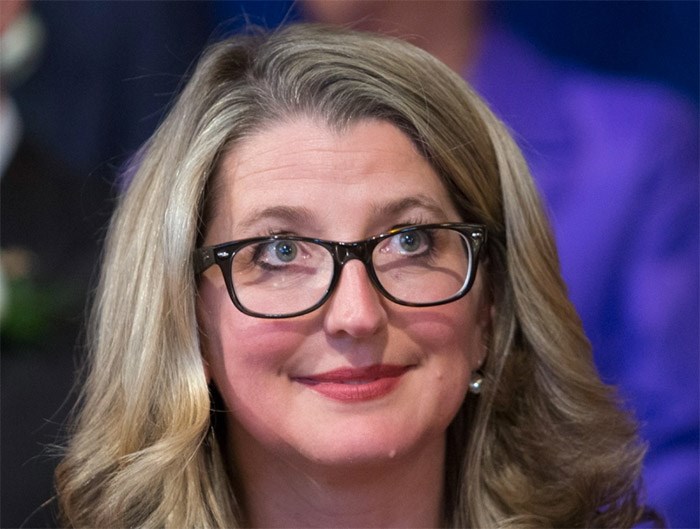 The federal Department of Fisheries and Oceans says it never asked the province to investigate a fish lab, despite repeated claims from Agriculture Minister Lana Popham to the contrary.

Popham has come under fire this week from the Opposition Liberals for a review of the Animal Health Centre, including work by fish pathologist Gary Marty — who has disputed claims that open-net fish farms pose a high risk to wild stocks.

Popham, MLA for Saanich South, has defended the review, saying it comes in response to concerns by DFO about the integrity of the lab’s research. “I want to emphasize that it was the Department of Fisheries and Oceans who called some of our data into question. We would take that very seriously because these are the partners that we work with as we look at fish pathology,” Popham said in question period Tuesday.

DFO said Tuesday that while one of its scientists has expressed concerns, the department has not lodged a formal complaint. The concern about scientific testing at the lab came from Kristi Miller-Saunders, who is the head of the molecular genetics program at DFO’s Pacific Biological Station in Nanaimo, it said.

“Fisheries and Oceans Canada [DFO] has not made any official complaint to the Province of B.C. regarding the diagnostic work undertaken by the province’s Animal Health Centre,” DFO said in a statement.

“While DFO has not lodged an official complaint, the B.C. government is being diligent in following up on the concerns raised by Dr. Miller-Saunders. The department welcomes this review by the B.C. provincial authorities and will co-operate in any way it can.”

The federal department has an agreement in place with the lab to conduct diagnostic testing on farmed salmon samples collected through the DFO fish health audit program, which is in place through March 31, 2020, it said.

Open-net pens allow water to flow freely between farmed salmon and the ocean environment, which some environmentalists say exposes wild stocks to viruses and disease. Some First Nations have argued the farms are operating in their traditional territory, without their permission.

“I think it’s time for the minister to come clean on what’s really driving this personal agenda, because that’s really what it’s starting to look like, that it truly is her own personal belief system overriding how a minister of the Crown should be acting and responding.”

In addition to the lab review, Popham has come under criticism from the B.C. Liberals for a letter she wrote Oct. 13, which they say threatened to put a “chill” on business investment in the province.

The letter effectively put Marine Harvest Canada on notice that the province might not renew the company’s fish-farm tenures in the Broughton Archipelago.

Popham’s letter made no mention of salmon health, and focused instead on the province’s commitment to the United Nations Declaration on the Rights of Indigenous Peoples.