What would a Liberal-NDP coalition cost taxpayers?

That leaves some form of coalition or co-operation between the Liberals and NDP as the most likely outcome – should it ever come to that.
Oct 15, 2019 4:59 PM By: Nelson Bennett 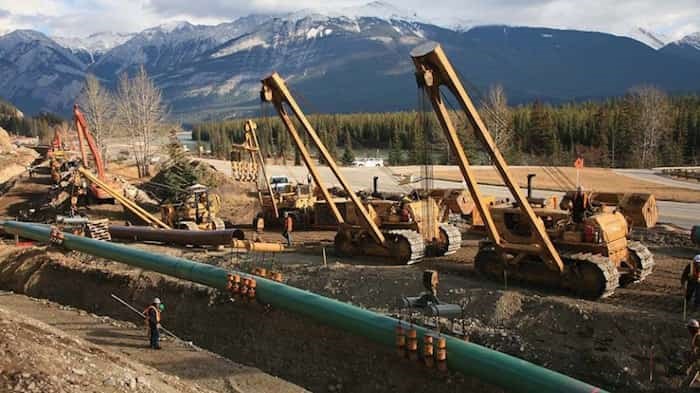 Even if Prime Minister Justin Trudeau ends up needing the support of NDP Leader Jagmeet Singh to form a minority government, it’s unlikely the federal Liberals will accede to the NDP demand that the Trans Mountain pipeline project be cancelled, says University of Victoria economics professor Rob Gillezeau Photo: BIV

Could what happened in B.C. in the last provincial election happen at the federal level? Could NDP Leader Jagmeet Singh become a kingmaker?

The Liberal Party of Canada and Conservative Party of Canada are in a statistical dead heat, raising the prospect of a Liberal minority government beholden to the NDP for support – an arrangement that could come with a big price tag.

Singh has already foreclosed on the idea of working with the Conservatives, and Green Party Leader Elizabeth May has said she couldn’t support them either, as long as they back the Trans Mountain pipeline expansion.

That leaves some form of coalition or co-operation between the Liberals and NDP as the most likely outcome – should it ever come to that.

The NDP and Liberal platforms line up on a number of issues, including climate change policies, banning single-use plastics and implementing the United Nations Declaration on the Rights of Indigenous Peoples.

But Singh would almost certainly demand something with an NDP brand, to be seen to be delivering on policies that are near and dear to New Democratic hearts, said pollster Mario Canseco, president of Research Co.

A vote on electoral reform is one. Another is a national pharmacare program.

“You want to have something that is more meaningful to your base, and the base of the NDP cares about social issues,” Canseco said.

The NDP estimates its pharmacare program would cost $10 billion a year. A government advisory council on national pharmacare put the estimate higher than that – $3.5 billion in the first year, rising to $15.3 billion annually within five years.

That’s billions more than the $1.5 billion per year (over four years) that the Liberals have pledged towards increased health-care spending in their platform.

Rob Gillezeau, assistant economics professor at the University of Victoria, agrees pharmacare would likely top the list of NDP demands, should the party be in the position to make demands.

He thinks another likely demand from the NDP would be its pledge to eliminate interest on federal student loans. The Office of the Parliamentary Budget Officer has estimated that pledge would average out to $508 million annually.

Gillezeau said he could also imagine the NDP pushing for increased child-care spending, ensuring clean drinking water for all First Nations – estimated at $1.8 billion – and increased spending for the 500,000 affordable housing units the NDP platform promises.

Cancelling the project not only would spark a war with Alberta, but would also mean taking a $2 billion writeoff and the loss of $500 million a year in new tax revenue from an expanded pipeline, which the Liberals pledged to earmark for clean energy and other climate change policies.

Gillezeau said the Liberals have too much political and literal capital invested in the project to give it up, and Johnston doesn’t think the NDP would have the clout to insist on it.

“I cannot imagine the Liberals agreeing to that,” Gillezeau said. “I think they would be unwilling to take the loss of face that will come with reversing that decision, and having engaged with a purchase where the numbers would turn out so badly.”

“There’s no way he [Singh] can make the basis of supporting the government the most important single thing, symbolically, which would be to terminate [the Trans-Mountain expansion],” Johnston said. “He has no mandate for that.”

Johnston thinks it is unlikely the Liberals will need the NDP’s formal support to govern. And even if Singh did become kingmaker, Johnston said his power would be limited, and points to BC Green Party Leader Andrew Weaver to prove his point.

“Think about what the Greens actually got out of it – not a lot,” Johnston said.

Weaver got a vote on proportional representation, a stronger climate action plan and not much else. He failed to stop either Site C dam or a liquefied natural gas industry.

Ultimately, Johnston said, Singh’s hand is weakened by the NDP’s inability to afford to bring a minority government down, because it can’t afford to fight another election right away.

“They’re broke,” he said. “Nobody wants an election for a while.”

“There’s almost no Liberal promise that the NDP wouldn’t want them to spend more on,” he said.