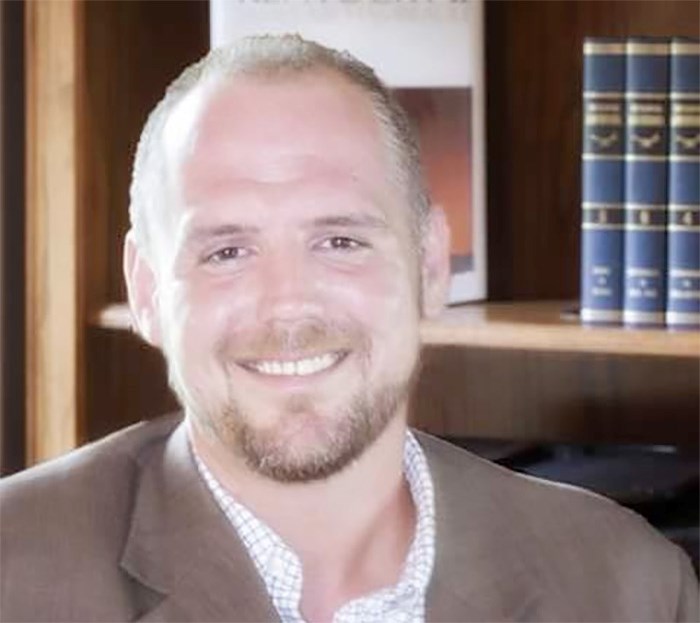 The mayor of Walton, Kentucky has gained a horde of new fans outside of his town of 3,600 people.

The no-holds-barred Gabe Brown took to a local Facebook Group this week to express his... well... displeasure... with people who he feels are not taking the COVID-19 crisis seriously.

In his recent, now widely-shared rant, he forgoes a territory acklnowledgement and goes straight into "Listen up dipshits and sensible people. I might not have the best bedside manor. I might not put you at ease like the Governor does, but I don’t care."

He goes on to tell them that they need to stay home, because "it’s a big f**cking deal."

He takes it a step further by letting them know "If you don’t [take this seriously] then screw you (f#ck you is what I want to say, but I can’t)."

After apparently taking flak for his post he returned two hours later, with a new avator photo, to say "It has been rbgouth to my attention that I may have, in fact, lost my shit."

He offers somewhat of an apology before ending with "Wash your hands you filthy animals".

Gabe Brown is the mayor we all need right now.

You can read both rants below. 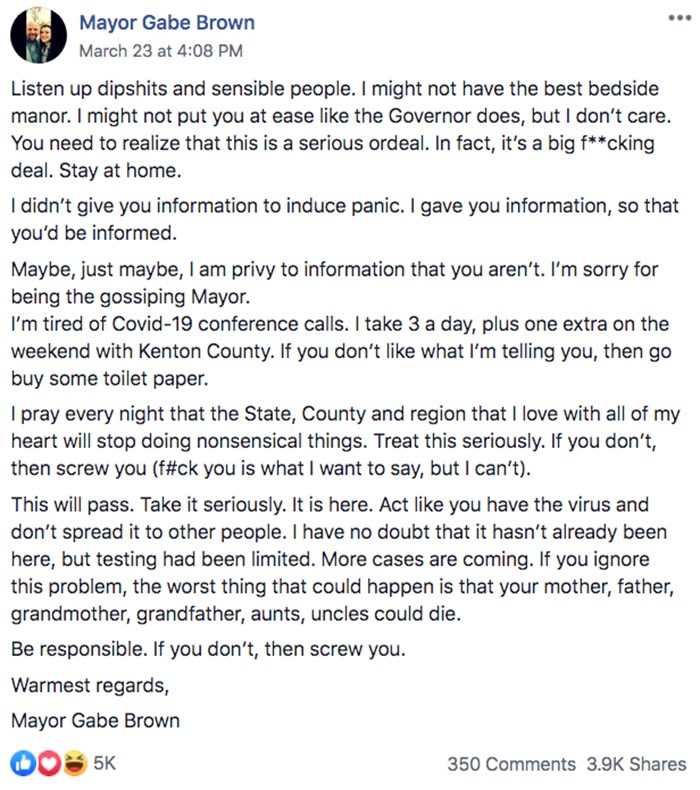 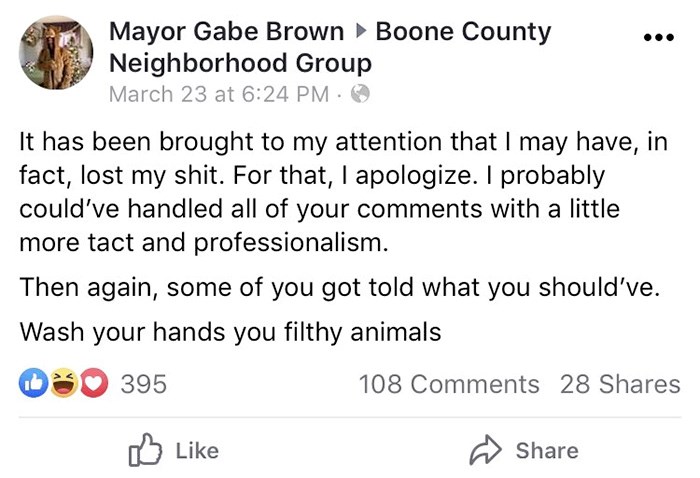