Singh held what was billed in a news release as an “open house” Friday at his Kingsway constituency office, which is funded by tax dollars. 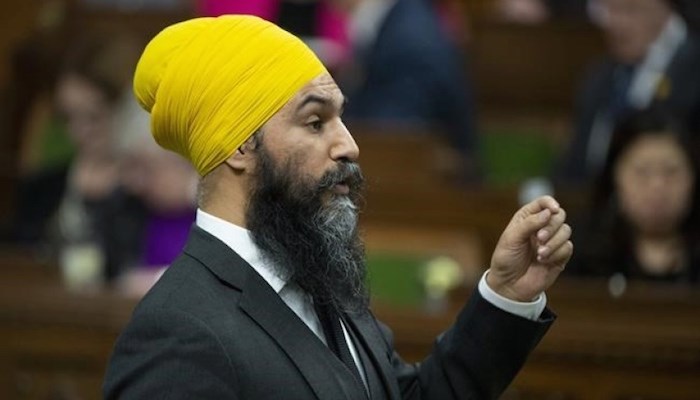 NDP Leader Jagmeet Singh rises for the first time after taking his place in the House of Commons Monday March 18, 2019 in Ottawa. Adrian Wyld/Canadian Press

But the event was initially identified as a campaign event in an email sent out by the NDP on Wednesday, according to Liberal MP Hedy Fry.

“It recently came to my attention that Mr. Singh is making use of his constituency office and other House of Commons resources to support his personal re-election campaign,” Fry wrote in a letter to the House of Commons’ Board of Internal Economy.

According to Fry, the email read, “This is your opportunity to see where the magic happens – whether you want to learn more about Jagmeet and our NDP team, you’re interested in getting involved for the first time, or you’re a longtime New Democrat whose (sic) been involved for years – we’re hoping you’ll join us. Let’s all come together and get ready to get excited, spread the word, and run the best possible campaign here in Burnaby South!’”

Fry says in her letter that this event “clearly and egregiously relates to the member’s re-election, and is thus a direct violation of the members bylaw enacted by the Board of Internal Economy under the authority of the Parliament of Canada Act.”

The NDP email was followed by another saying the first was “sent in error” and a subsequent email removed references to the upcoming campaign, identifying it as a constituency office open house, according to Fry.

NDP Leader @theJagmeetSingh’s explanation for the email inviting people to a campaign event at his constituency office: “Just a staff error” #cdnpoli pic.twitter.com/xruTWc95LN

On Monday, Singh told the NOW the initial email was “an obvious error” made by a staff member. The event was never planned to be related to the campaign or party business, he said.