Choice of candidates in B.C. politics is being hurt by social media as politicians tired of being abused online are walking away, Port Coquitlam Mayor Greg Moore told Union of B.C. Municipalities delegates Sept. 13.

Choice of candidates in B.C. politics is being hurt by social media as politicians tired of being abused online are walking away, Port Coquitlam Mayor Greg Moore told Union of B.C. Municipalities delegates Sept. 13. 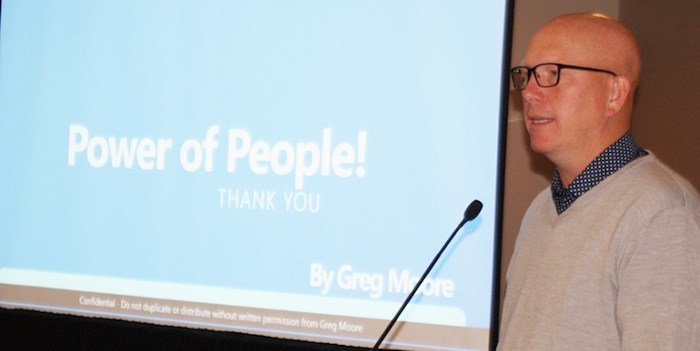 “It’s crap like this that we’re not going to seek re-election,” Moore said. “It’s just not worth it anymore. I know how to defend myself. My daughter and my wife can’t.

Moore, who won’t seek re-election in November, said platforms such as Twitter (NYSE:TWTR) and Facebook (Nasdaq:FB) can be a successful communication tool for politicians connecting with their electorates.

Or, he said, they can be a damaging weapon used to spread disinformation and create conflict.

And he warned people to be aware of the base agenda of social media companies.

“Facebook tries to present itself as your friend,” he said. “Their No. 1 and legal objective is shareholder value. Ultimately, what they’re trying to find out is how to monetize something and everything they do. Just look at their revenues.”

“We have created tools that are ripping apart the social fabric of the whole world,” Palihapitiya said. “If you feed the beast, the beast will destroy you.”

Moore contrasted the use of Twitter as a tool to move forward the Arab Spring where people in Middle East countries rose up against their governments using the platform as an organizing tool, with the use of YouTube to spread images of U.S. journalist James Foley being beheaded by terrorists in Syria in 2014.

He said YouTube has committed to taking down offensive or videos within eight hours.

Moore asked what would happen if the CBC kept an extremely violent film clip online for so long.

“But we’re saying it’s OK on YouTube?” he asked. “Something is wrong.”

He said social media could do a lot better in cleaning up their platforms without taking on an editorial role.

But, he said, traditional media have attempted to catch up with social media.

He pointed to coverage of remuneration he received for his political offices, noting some coverage appears to be created as clickbait bait rather than because of its importance to residents.

Moore said he searched his name on a local news site and found more stories dedicated to that issue than to traffic, housing or crime.

“How is that balanced?” he asked.

He advised politicians to make a communications plan – including social media.

“Plan the type of information that you’re going to have,” he said, suggesting a Facebook professional page.

“I get all of the data on every post that I put up,” he said. “If there’s something I really want to engage people on, I can push the sponsor button.”