With one month to go before the municipal elections, many mayoral candidates are claiming they can fix the housing crisis without explaining exactly how they will do it – and that's "dangerous," according to outgoing mayors and councillors.
0
Sep 21, 2018 2:54 PM By: Joannah Connolly

With one month to go before the municipal elections, many mayoral candidates are claiming they can fix the housing crisis without explaining exactly how they will do it – and that's "dangerous," according to outgoing mayors and councillors.

Speaking at an Urban Development Institute panel event September 20, Port Coqutilam’s outgoing mayor Greg Moore and departing Vancouver councillor Raymond Louie both issued warnings to the electorate over “platitudes” that sound great but “have no credibility.” 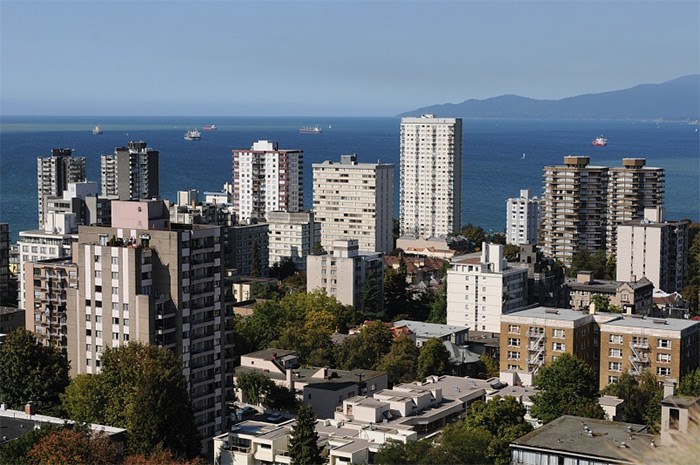 In June, council approved a “Measures to Retain the Rental Housing Stock” report, which included asking staff to investigate ways to encourage reinvestment in existing stock, but the Greens Adriane Carr maintains that while solutions are being sought, existing rental housing may be lost to demolition, which would worsen the housing crisis. Photo Dan Toulgoet

“One of the challenges of this election is that [candidates] are going to say, ‘We need more affordable housing and I’ve got the answer,’” said Moore. “We can’t really have a meaningful conversation about it. I hope that somehow, in the process, people peel that back. Because we know that there is no silver bullet [to solve the housing crisis]. There’s no one reason how we got here, and no one solution to get out of it.”

Moore did not identify any particular candidates, but added, “We’re seeing more politicians just checking which way the air is flowing, what’s populist, and just saying things [about affordable housing] to get big social media buzz, with no credibility behind them.

“I think that’s dangerous for all of us.”

Departing Vision councillor Raymond Louie agreed, saying, “The candidates are saying all the right things about the need for affordable housing, but not describing exactly how they are going to go about supplying it, and solving the problem. We’re getting a lot of platitudes, but we need to know exactly how they will do it, described in a way that the public will understand.”

The event’s third panellist, outgoing District of North Vancouver mayor Richard Walton, said that it was crucial for incoming officials to help the public understand how new housing development can improve their lives instead of damaging it. Walton referred to the huge increase in traffic on the North Shore, which is making it hard for residents to support new homes and population growth in the area.

“Our community isn’t necessarily anti-development, but we have very visible problems with traffic over the past five years. Residents are saying ‘show us the value proposition’ – they see that good development means more people, and more people means more cars and more delays.”

Mayor Moore added that cities need provincial and federal governments to provide social and supportive housing, in order to free up municipalities to focus on providing affordable market housing. He said, “We could have invested so much more in affordable housing if we didn’t have to do anything on the social housing side. [But] this is changing now with the province’s housing plan and the federal National Housing Strategy.” 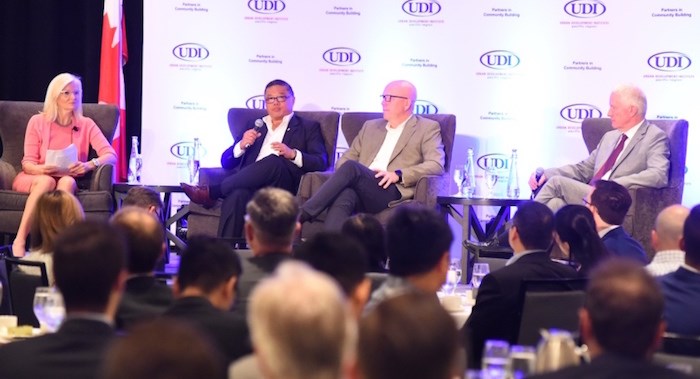 With a huge turnover of mayors and councillors an inevitability this fall, Councillor Louie also warned of current community plans on housing not getting supported by incoming officials.

“With such a changeover, there will be less ownership of those plans [from the new mayors and councillors]. As a result of that, you won’t get the same level of support for those plans had it been the same people coming in. That’s a big problem, given the need for affordable housing and for public consultation on new community plans.”