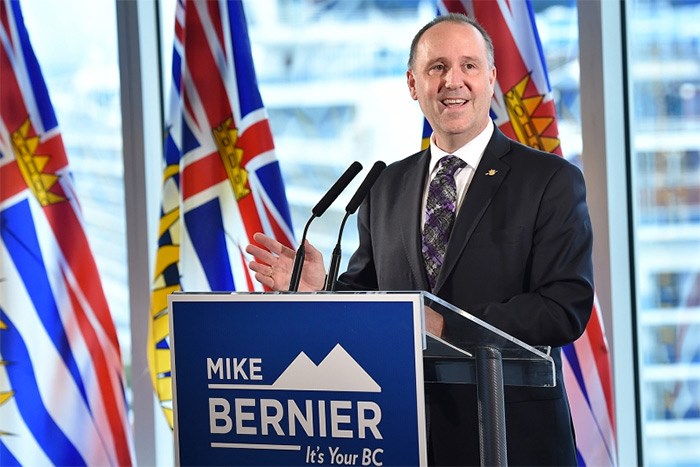 A former Vancouver mayor and the politician who fired the Vancouver school board of trustees last year are among an increasingly crowded field of candidates vying to be the next leader of the B.C. Liberals.

Vancouver-False Creek MLA Sam Sullivan, who was mayor of Vancouver between 2005 and 2008, and former education minister Mike Bernier will face off next February to fill the position left by Christy Clark.

Former transportation minister Todd Stone and newly elected Vancouver-Langara MLA Michael Lee were also expected to announce a run this week for the party’s top job, which is currently being held by interim leader Rich Coleman.

Sullivan was first to announce his run and has promised to “end the overdose crisis” in British Columbia and increase the supply of rental housing. Sullivan made the promises in a video he released Sept. 21 to launch his campaign to become leader of the B.C. Liberals.

“Today, house prices and overdose deaths are higher than ever,” Sullivan said in the video. “As leader, I will modernize city government so cities no longer prevent housing, but create housing and add hundreds of homes for rental — now empty because of strata rules. I’ll end the overdose crisis, so no one with an addiction will have to turn to dangerous street drugs.”

His promises will sound familiar to those who remember the 57-year-old longtime politician’s term as mayor of Vancouver between 2005 and 2008. That’s when Sullivan rolled out his trademarked EcoDensity strategy to increase the supply of housing and his Chronic Addiction Substitution Treatment plan to have doctors prescribe drug users with prescription opioids.

The EcoDensity strategy led to an increase in laneway homes, but prices to own and rent homes have skyrocketed since Sullivan left city politics. His treatment plan never got off the ground. The plan called for doctors to prescribe legal drugs to up to 800 drug-addicted criminals and sex trade workers in the Downtown Eastside. The cost of the program, type of legal drugs and the number of doctors needed was never revealed.

Bernier, who fired the Vancouver school board in October 2016 for not balancing its budget, held a news conference in downtown Vancouver Monday to announce he wanted the Liberals’ top job.

“What we’ve heard from British Columbians and party members is that it’s time we do things differently,” said the Peace River-South MLA from the Pan Pacific Hotel. “We have to do a better job helping those in need — those who are vulnerable, and those who are struggling.”

Earlier in the day at the same hotel, Wilkinson announced his leadership bid, with several Liberal MLAs, including Mike Morris, Michelle Stilwell and Mary Polak standing behind him. He opened his speech with a focus on the importance of education, job training and attracting new business.