A ride-hailing proposal similar to what B.C.’s Liberals are now calling an NDP backroom deal was ready to roll under Christy Clark’s government, Passenger Transportation Board (PTB) documents show.
0
Aug 3, 2019 7:51 AM By: Jeremy Hainsworth

A ride-hailing proposal similar to what B.C.’s Liberals are now calling an NDP backroom deal was ready to roll under Christy Clark’s government, Passenger Transportation Board (PTB) documents show.

And, while various companies seeking to offer ride-hailing services contributed thousands of dollars to both the Liberals and the NDP, the Liberals are calling the current situation, due to kick into high gear this fall, a “backroom ride-hailing deal.” 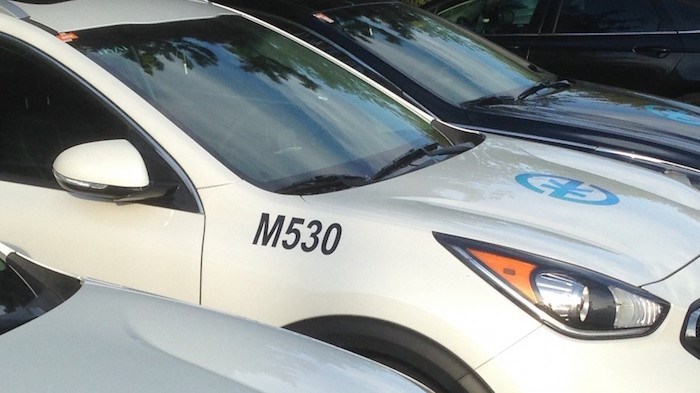 “John Horgan and the NDP look to be rigging the deck so that companies like Uber and Lyft will be unlikely to successfully operate throughout the province,” MLA Jordan Sturdy said in a recent news release. “Instead of facilitating real ride-hailing, the John Horgan has allowed an insider company to get a leg up on true ride-hailing.”

Sturdy said ride-hailing companies can only begin submitting applications in September, while a company with alleged links to the NDP, Kater, has been operating since spring.

PTB documents and Elections BC records show a slightly different version of events and partisan support. PTB approval was sought by ride-hailing firm Ripe Holdings under the Liberal government and denied after the NDP took power.

And, ICBC says, some Sturdy’s other claims can’t be substantiated.

Ripe, which had operated a limo service, applied to the board in early 2017 to amend its licence for its proposed Ripe TX, an app-based service with 150 vehicles, then 10% of Metro Vancouver cabs.

Ripe passengers would have used Ripe’s mobile app or Internet site to book a taxi and pay for a ride. Fares would have been the same as other Metro Vancouver taxis.

The service would have been available throughout Metro Vancouver, an option not open to current cab companies, which are restricted from picking up passengers outside their territories. This results in cabs returning empty – or deadheading – to those territories, a source of frustration for cabbies.

The app was to have been designed in part by Vancouver-based Disruptive Publishers, which has worked on Xbox and PlayStation.

Elections BC lists Perrick as a principal of Disruptive, which donated $300 to the BC Liberals in June 2016. Two months earlier, Ripe Rides gave the Liberals $2,000 and in early 2017 Perrick donated another $500.

However, the Lower Mainland taxi companies now preparing to provide ride-hailing services under the Kater banner opposed PTB approval of the Ripe model.

While they contended before the board in 2017 that Ripe’s proposed 150-car increase would exceed demand, those same companies are now seeing an addition of 300 vehicles in the Lower Mainland, 200 of which will be in Vancouver, the Ministry of Transportation and Infrastructure has said.

Almost a year after the Ripe decision, those same companies – under the umbrella of the Vancouver Taxi Association (VTA) – struck a deal with the provincial government to put more taxis on Lower Mainland road using the ride-hailing model under the name Kater.

The Liberals, however, have continued to insist there is collusion between Kater and the NDP as former party president and cabinet minister Moe Sihota has purportedly worked for the company. The NDP denies any such collusion.

“Kater, currently the lone ride-sourcing app in Vancouver, is a company strongly tied to the Vancouver Taxi Association and former BC NDP MLA and party president Moe Sihota,” Sturdy said.

But, despite Liberal allegations of backroom dealing with the VTA, between 2005 and 2017, Elections BC records show, the VTA gave $90,800 to the Liberals compared to $81,150 to the NDP. However, the VTA gave the NDP a single donation of $20,000 only 12 days before the 217 election that eventually put John Horgan in the premier’s office. 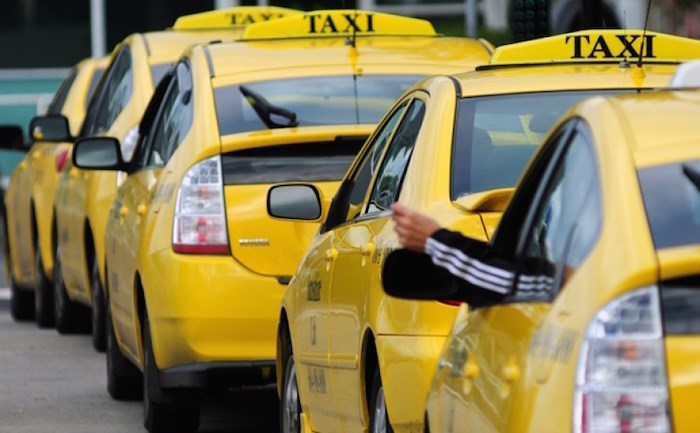 In his report for the provincial government, called Modernizing Taxi Regulation, Hara recommended boosting taxi fleets throughout the province by up to 15%, an increase that translates into about 300 more cabs in the Lower Mainland and about 200 more cabs in the rest of the province for a total of 500 additional vehicles, Minister of Transportation and Infrastructure Clare Trevena has said.

The ministry confirmed the VTA has been granted 200 additional taxi licences, which represents an increase in their fleet of 15%.

However, it wasn’t much more than two years ago that those same companies now receiving new cabs contended that adding a new company and 150 more cars to the road would exceed demand.

Clark’s Liberals lost their bid to return to power in the April 2017 provincial election.

Sturdy wants the NDP to scrap the VTA-Kater deal.

He said Horgan adopted the previous BC Liberal government’s promise to introduce ride hailing by Christmas 2017 but alleges Horgan broke that promise within months of taking power.

The Ripe model went before the board in early 2017 and was rejected that August.

Sturdy, however, claims the Ministry of Transportation and ICBC began working on ride-hailing legislation and insurance in 2014 under the BC Liberals and after lengthy consultations, developed a framework that modernized the taxi industry while opening the door to ride-hailing companies.

He said ICBC in 2016 created a new insurance product for ride-hailing as well as a part time product for the taxi industry which was estimated to provide up to 25% savings on their insurance costs.

ICBC, however, said that isn’t true.

“The necessary systems changes and regulatory/legislative changes for a new insurance product were not made in 2016,” ICBC spokesperson Lindsay Wilkins said.

Wilkins said the insurance corporation could not validate Sturdy’s claims about the 25% savings.

The ministry updated insurance safety and penalty rules and regulations in July, setting Sept. 3 as the date ride-hailing companies can apply to enter the market. Rules covering fares charged, operational boundary zones and the numbers of ride-hailing vehicles permitted are due later this summer.

Despite ride-hailing companies such as Uber and Lyft pushing for the use of Class 5 licences as held by most drivers, Victoria has remained firm that ride-hailing drivers hold Class 4 licences, like those held by limousine, taxi, ambulance and other commercial vehicle drivers.

The Liberal Party did not respond to questions by deadline.