The Liberal Party of Canada has rejected Karen Wang’s request to rescind her resignation as a candidate and run once more for the party.
0
Jan 17, 2019 1:43 PM By: Kelvin Gawley

The Liberal Party of Canada has rejected Karen Wang’s request to rescind her resignation as a candidate and run once more for the party.

“The Liberal Party has accepted her resignation as a candidate and she will not represent the Liberal Party in the Burnaby South by-election,” spokesperson Braeden Caley said in a statement. 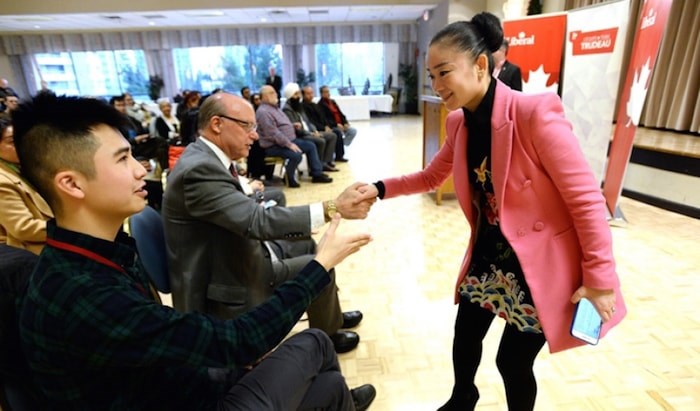 Wang dropped out of the race after a WeChat post contrasting her Chinese heritage to the Indian heritage of NDP opponent Jagmeet Singh was revealed by StarMetro Vancouver.

But, according to the Canadian Press, she had a change of heart and ask the Liberals for a “second chance.”

The Liberals issued a statement accepting Wang’s resignation and saying her comments were not in line with their values. On Thursday, Caley said that statement still stands.

“Justin Trudeau and the Liberal Party of Canada have always stood for the full and equal participation of all Canadians in our democracy, regardless of their background,” Caley wrote. “The Liberal Party has a clear commitment to positive politics and support for Canadian diversity, and the same is always expected of our candidates.”

Singh told the NOW he accepts Wang's initial apology despite the fact she walked back her Wednesday statement and said the WeChat post wasn't racist. He would not say whether he thought her WeChat post was racist.

"As a leader, I think, moving forward, we should all really make it clear that we support politics that bring folks together and that politics of division hurts our country and hurts the place that we call home," he said. "It doesn't help us build a better society."

The NDP leader said he did not receive a personal apology from Wang, other than the statement she made to media.

Now that the Liberal party has closed the door on Wang, Singh said she has the right to run as an independent if she wants.

"It's her decision to run," he said. "There's a democratic process for that and everyone is welcome to follow the steps to become a candidate or independent."