Gunter Ludewig has big ideas for the City of Vancouver. A resident for the past 47 years, he has developed what can only be described as an entirely new brand for it, along with a plan for some major enhancements to attract tourists.
0
Oct 3, 2018 10:41 AM By: Bob Kronbauer

Gunter Ludewig has big ideas for the City of Vancouver. A resident for the past 47 years, he has developed what can only be described as an entirely new brand for it, along with a plan for some major enhancements to attract tourists.

Most notably amongst them is a 301-metre-tall wooden tower located in Stanley Park, called The Sea Tower. 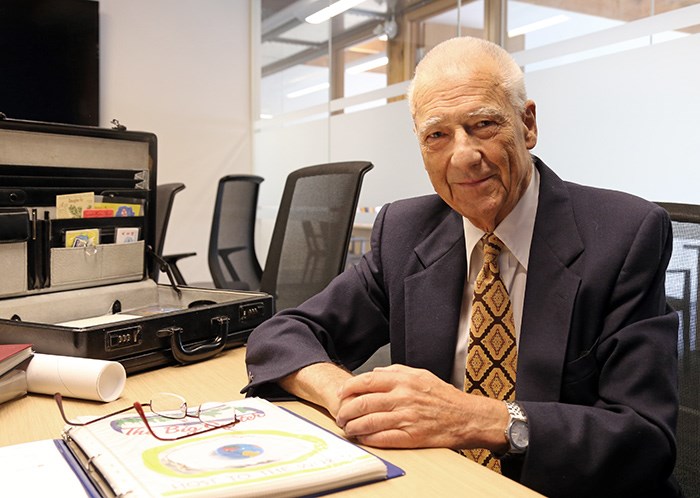 Not one to sit on his hands and complain, he took it upon himself to come up with some ideas for how we might change that. He's been working on them for the past 15 years.

His proposal for a massive wooden tower in the heart of Stanley Park is the boldest idea in the stacks of binders he presents. Everything spins off from it.

Meant to be just taller than the Eiffel Tower, according to Ludewig it would not only be the world's tallest wooden structure but also "the new Grouse Grind" which people would be able to climb to the top of and view the city. Profits would be made by setting up a table on the ground floor where they would sell Douglas Fir tree seeds, so people could take them home and grow their own.

He hasn't consulted an engineer to see if the project is feasible and is unaware if there are any view cones that it would pierce. To him the largest impediment to getting it built is bureaucrats who are always saying no to good ideas. 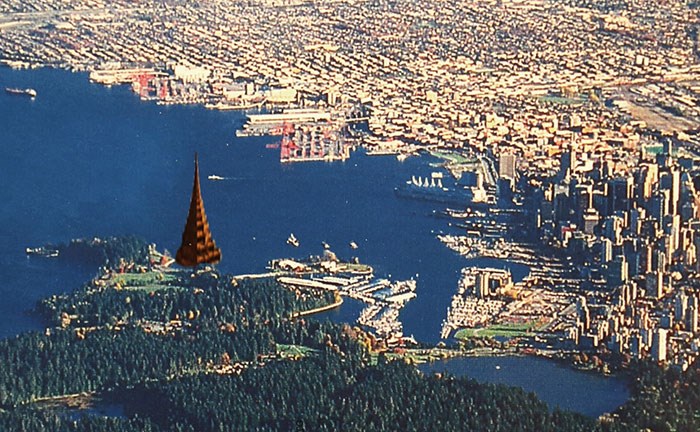 "Nicknames in general are very, very popular" he tells us, after lamenting the fact that we don't have one. That is unless you count Vancity, Terminal City, Vangroovy, The 'Couve, Hongcouver, Hollywood North, Rain City, City of Glass or Lotusland.

He proposes that we call ourselves The Big Oyster, an idea he came up with in 1985 for a contest put on by EXPO 86. "It signifies something unusual, a seaside location with something precious inside."

Ludewig works in the hotel industry and has mentioned the nickname to hundreds of guests over the years. "It always makes them smile."

Along with The Big Oyster name and logo he's also designed us a new mascot: Queen Perla. Made of pearls (of course) with oyster shell wings, we would erect the world's largest bronze structure in her honour. She would also preside over Perla Days, the annual celebration of our city. A human-sized mascot costume would be constructed so she could delight crowds at the parade. 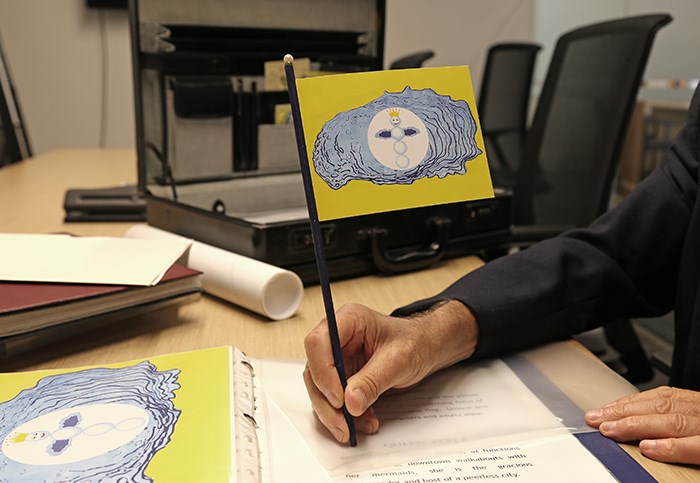 It's a big plan with a lot of very big ideas. Here are a few more:

This would be an underwater glass tunnel that would go from the convention centre to The Sea Tower in Stanley Park. A number of retired fishing boats would also move people to and from downtown to the tower.

An electric tram system that would go from downtown into Stanley Park. Cars would be completely banned from the park.

All of the moorage in Coal Harbour would be removed, so no private boats. The area would be renamed to Golden Bay and rehabilitated.

The lease for Deadman's Island would be revoked from the Department of National Defence so that it could be turned into a theme park called Pearl Island. 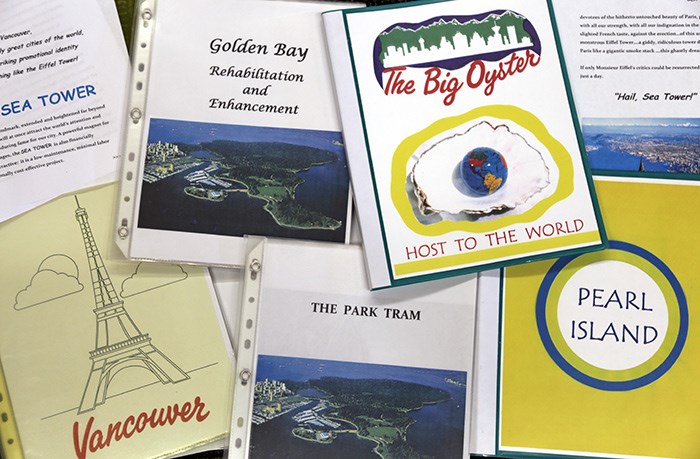 Ludewig has presented his ideas for these projects, which he calls "self-financing", to the NPA. He hopes to get the attention of other parties and politicians running for office in Vancouver right now, as it would be up to them to take his concepts and make them happen.

If you're a candidate and you're interested, hit me up and I will put you in touch with him.