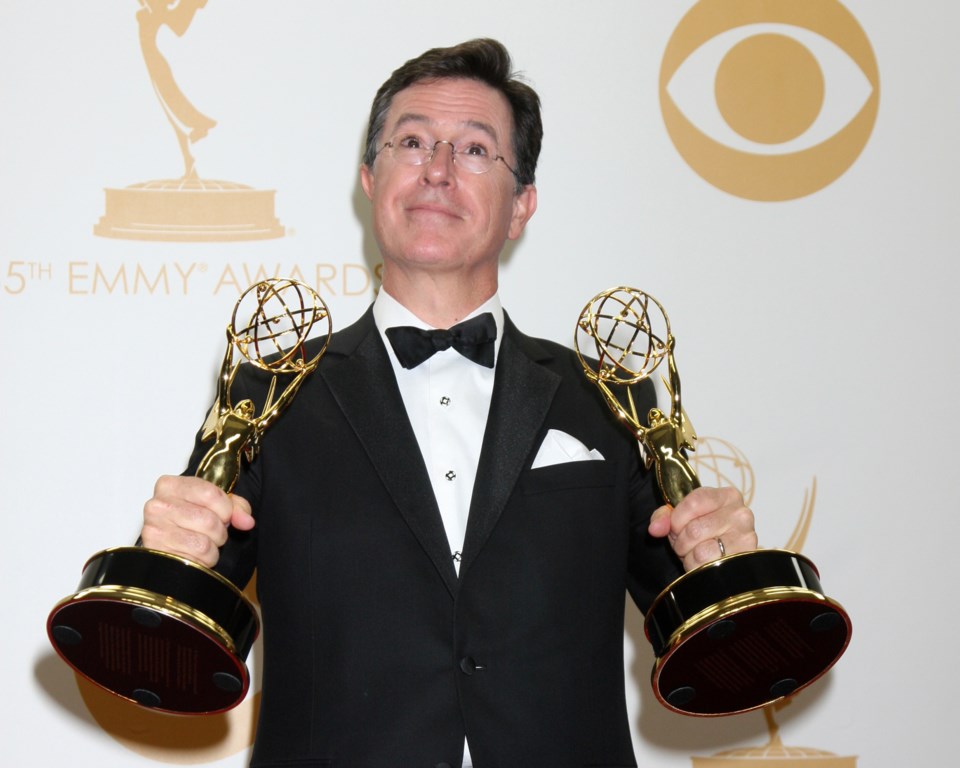 A former Chief of Staff for former Mayor Gregor Robertson shared a fascinating story on Twitter this week.

Before becoming the mayor's right hand man, Kevin Quinlan was working in the City's communications department during the Vancouver 2010 Olympics. His story is about how comedian and political commentator Stephen Colbert almost served as Vancouver's mayor for a day during the games.

Gigantic crowds formed when Colbert filmed multiple episodes of his Comedy Central show The Colbert Report in close proximity to Science World, which was taken over by the Russians and named "Russky Dom" for the duration of the games.

Quinlan noted in a thread on Twitter that one of his favourite memories during the games concerned an "event that almost happened, got spiked at last minute, and no one ever knew about it."

As he describes it, Colbert's people called the City of Vancouver's communications department a few days into the games.

They wanted to do a segment with Mayor Gregor Robertson, and city staff were all over it.

Comedy Central's idea was for Colbert to have a sit-down interview with Robertson, then become mayor for a day, with actual powers.

Staff weren't able to accommodate the "powers" part, but offered to do a proclamation of "Stephen Colbert is Mayor day" as well as a fake ceremonial passing of the City's mace (a gigantic gold thing that sits near the City Council chamber at City Hall and was a gift from the queen).

They were going to allow Colbert access to the roof of City Hall where he was going to hang out with a megaphone speaking to his loyal subjects letting them know he was their new mayor.

Plans were also in motion to replace Vancouver's flag with a Colbert flag as, according to Quinlan, "we had done lots of other flag raisings, like Canucks."

Everything was apparently all lined up and the interview was to take place at the Four Seasons Hotel.

However a snowstorm hit the east coast and Colbert wasn't able to fly out when he had planned to, and Quinlan says that "they cut a day off his [Colbert's] trip to Vancouver."

As a result the interview and Stephen Colbert becoming the fake mayor of Vancouver for a day never happened.

Have you got a 2010 Olympics story that nobody heard about? We want to tell it. Email me at bobk@vancouverisawesome.com

Here's a graph showing what media outlets Mayor Kennedy Stewart favours
Feb 5, 2020 6:43 AM
Comments
We welcome your feedback and encourage you to share your thoughts on this story. We ask that you be respectful of others and their points of view, refrain from personal attacks and stay on topic. To learn about our commenting policies and how we moderate, please read our Community Guidelines.