Former NDP MP Svend Robinson appears ready to jump back into politics after a 15-year absence from Parliament.
Jan 14, 2019 2:18 PM By: Burnaby Now 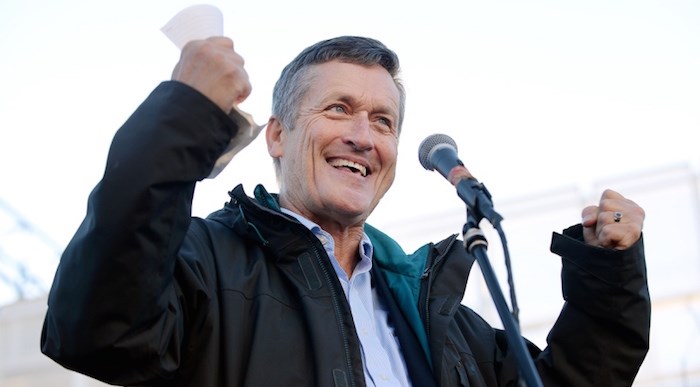 Former NDP MP Svend Robinson appears ready to jump back into politics after a 15-year absence from Parliament.

According to a press release, “he will be making an important announcement about his political future” on Wednesday in front of his childhood home on Capitol Hill.

In September, Robinson told the NOW he was “seriously” considering a run in Burnaby North–Seymour in the October, 2019 federal election. He would be facing Liberal incumbent Terry Beech.

“I think it's fair to say there's been a lot of people encouraging me – not just New Democrats but other people as well – to consider getting involved again and possibly running in the area that I grew up in,” he said at the time.

On Sunday, Robinson spoke at the official opening of Jagmeet Singh’s Burnaby South campaign office. The NDP leader is running in a Feb. 25 byelection in the riding neighbouring Burnaby North–Seymour.

The New Democrat was in office for 25 years before pulling out of the 2004 race after admitting he had stolen an expensive diamond ring from a Richmond auction house.

Since then, he has spent most of his time working internationally, including for the Global Fund to Fight AIDS. That tenure ended when he hit the organization’s mandatory retirement age of 65 last year.