Just when you thought the saga of the Templeton "Park and Poo" sign was finished, it's back!

A refresher: For many years the sign in front of Templeton Park's pool offered laughs for the kids in the high school directly across the street from it, as well as passersby who didn't attend the school.

The "l" on the sign was almost religiously removed by jokers, so that it said "Park and Poo." The Park Board would then go in and replace the vinyl and turn it back into a "Pool" sign. Then the "l" would disappear again. This tug-o-war went on for many years.

Below is how it appeared in the past. 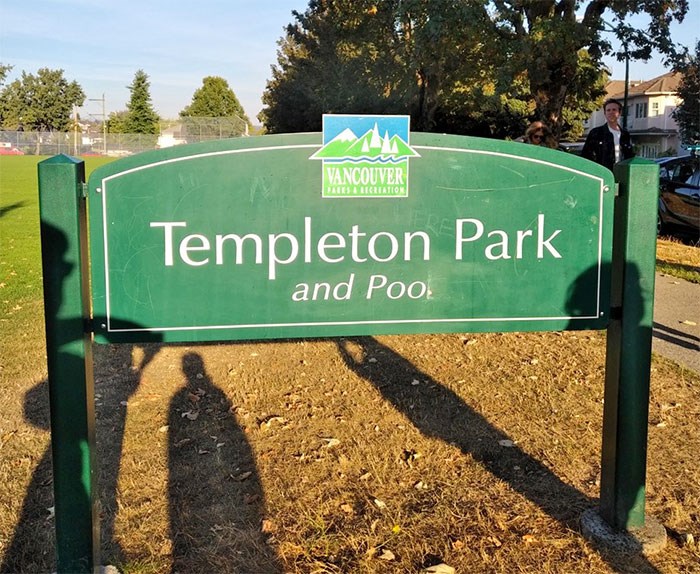 Back when it was the “Park and Poo”. Photo Bob Kronbauer

We did a series of posts on it last year which I feel tempted fate and invited the Park Board to almost permanently put an end to the joke; they laminated the sign, making it impossible to peel the "l"!

Then they changed the entire name to "Templeton Park & Aquatic Centre"! Which seemed to be a bridge too far, but we didn't hear any public outrage about it.

Months went by, and not a single person laughed as they walked past the sign.

An email was sent to me from a dad who lives near the sign. He's a hero whom I have granted anonymity to in order to protect him from repercussions from the Park Board, whom he says are playing... well... dirty pool.

According to my anonymous source, "It felt almost unfair when they laminated the letters into the sign, but I felt it was downright unsportsmanlike to change the name to 'Aquatic Centre'. I love that pool, but anyone who's been in there will confirm it's no 'aquatic centre'... and they didn't even bother to change the big sign that's attached to the wall of the building. It still reads pool."

So this man - a hero whose bravery is undeniable - decided to make things right.

He attempted to convince his family to take on a "family project" in returning this beloved sign back to its previous glory. However when his offspring protested he did what any reasonable man would do.

He took the park and poo into his own hands.

As he tells me, at around 11 p.m. on a recent weeknight he "furtively attached" some new vinyl to the sign while pretending to pick up the family dog's poo at the base of it.

Now the sign reads "Templeton Park & Aquatic Centre and Poo" as it rightfully should.

Anonymous dad knows it's not likely to last long, but he's happy to see that this new addition itself has already been defaced by the removal of a couple of his letters - probably by high school kids or a bored parent.

All is well in Hastings Sunrise. 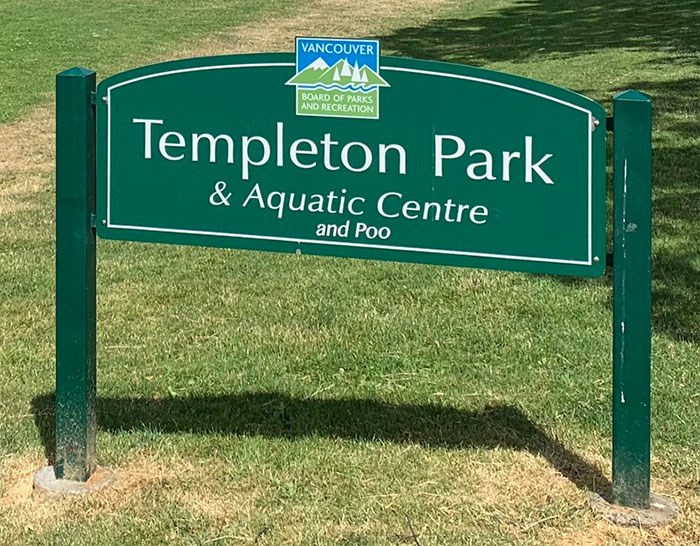 This is Vancouver’s stupidest Politics Column. Read the archive HERE.