As part of this “complete fleet renewal,” the Trudeau government plans to build 16 multipurpose ships as well as two Arctic patrol ships modified for Coast Guard use. 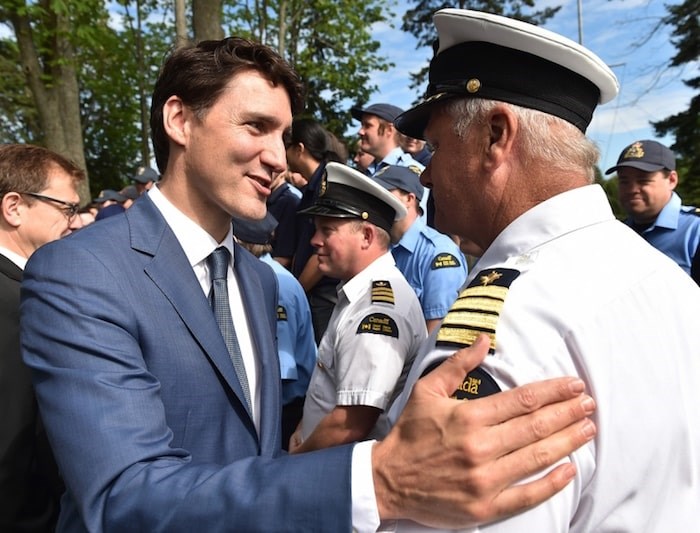 “Canadians deserve better than having this fleet rust out,” Trudeau told media at the HMCS Discovery naval base in Stanley Park. The Coast Guard’s aging fleet of vessels has attracted significant concern in recent years.

The $15.7-billion figure represents an “early estimate” of the construction, logistics and support, contingency, project management and infrastructure costs that will go into the 18 new ships. This is the “single largest investment ever” into the Canadian Coast Guard, according to Jonathan Wilkinson, minister of fisheries, oceans and the Canadian Coast Guard.

Trudeau said the shipbuilding project will be “anchored” in B.C, creating “certainty and long-term viability for the Vancouver shipbuilding industry –– which means even more good, middleclass jobs down the road.” The government plans to build 16 of the new ships at Seaspan’s Vancouver Shipyards, while the two Arctic patrol ships will be constructed at Irving Shipyards in Nova Scotia. 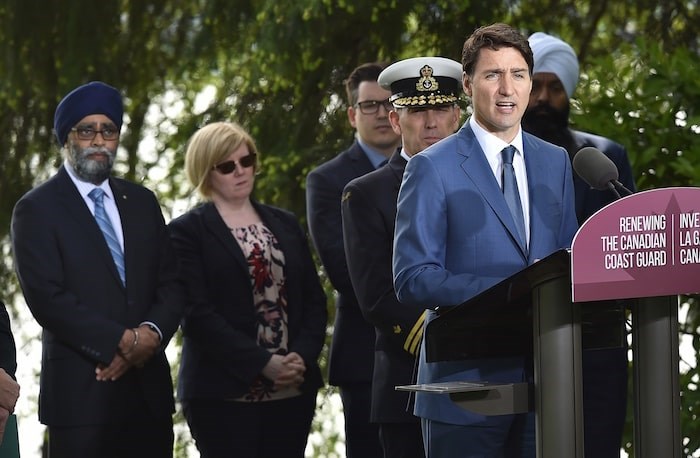 The government also announced a number of other measures to fortify the maritime agency and its future, including efforts to extend the life of current vessels and undergoing a competitive process to find a third shipyard to partner with the National Shipbuilding Strategy.

Shortly after the announcement in Stanley Park, Trudeau was whisked away to a Liberal fundraiser at the Opus Hotel where an anti-Trans Mountain pipeline protester interrupted the prime minister’s speech.

“Our waters, those are our spiritual highways. You have no right to do that to us,” Will George, a Tsleil-Waututh Nation member, told Trudeau.

Trudeau responded that not all First Nations oppose the controversial pipeline expansion project. In fact, most Canadians appear to support the construction of new pipelines, he argued. Still, opposition to Trans Mountain remains, as evidenced by the rally outside the Opus Hotel. 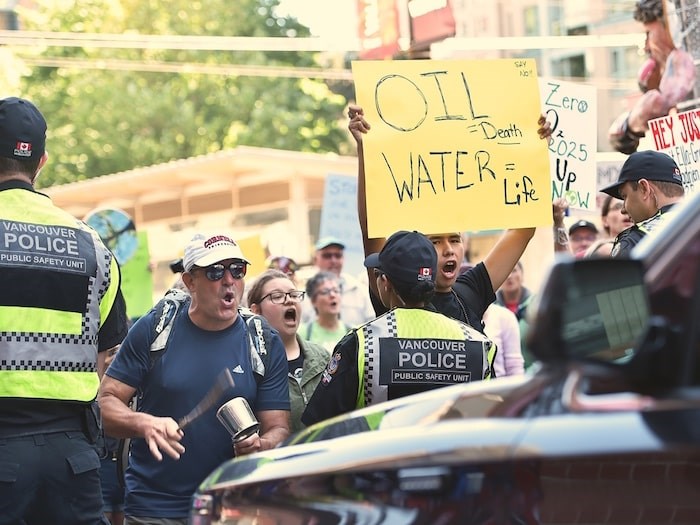 Protesters gathered outside the Opus Hotel in Vancouver this afternoon where Prime Minister Justin Trudeau was speaking at a Liberal Party fundraiser. Photo Dan Toulgoet

Trudeau was slated to speak at another Liberal event Wednesday evening at the Neptune Palace Restaurant in south Vancouver. Activists associated with Protect the Inlet have been hounding the prime minister all day, driving around in a truck decked out with a jumbotron broadcasting anti-pipeline messages.

The federal cabinet expects to deliver a new decision on the Trans Mountain expansion by June 18, after current consultations with Indigenous groups have wrapped up.