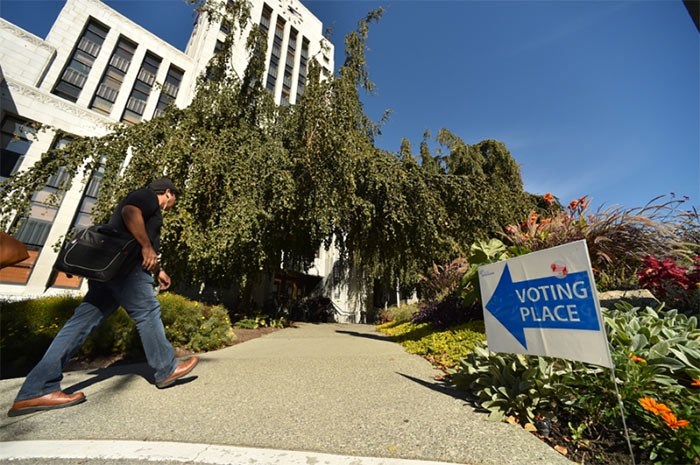 Polls are open at more than 50 voting places between 8 a.m. and 8 p.m. on Saturday, Oct. 14. Voters can cast ballots at any of the locations.

Voters have the chance to cast ballots for one city councillor and nine school board trustees in the byelection on Saturday Oct. 14.

It’s the final day of voting — 4,174 ballots have already been cast over two days of advance voting on Oct. 4 and 10.

Polls are open at more than 50 voting places between 8 a.m. and 8 p.m. on Saturday. Voters can vote at any of the locations.

Vision Vancouver Coun. Geoff Meggs resigned from council to work for NDP Premier John Horgan, which left his seat empty and paved the way for the city council byelection.

The school board byelection is being held to replace nine trustees who were fired in October 2016 by the then Liberal government after the trustees failed to pass a balanced budget.

Those elected will sit for approximately a one-year term. The next regular election is in October 2018.

To vote in the City of Vancouver election, you must:

- Be a Canadian citizen

- Have lived in B.C. for at least 6 months immediately before voting day

- Not be disqualified by law from voting

Those who are not on the voters list can register at any voting place by bringing two pieces of identification (one with a signature) and completing a voter registration form available on site.

No photos of ballots permitted.

More information about the byelection can be found on the city website at vancouver.ca/byelection.