Vancouver mayor and council get 2.3 per cent pay raise

So how does council rationalize raising taxes while at the same time accepting a pay increase?
Jan 8, 2020 2:40 PM By: Mike Howell 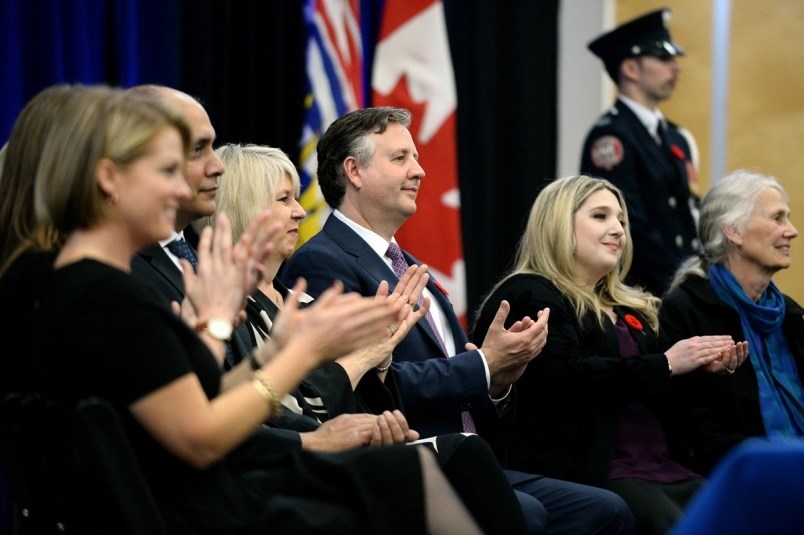 You’ll be happy/sad/outraged/nonplussed to know that your mayor and 10 city councillors received pay raises to begin 2020.

They’re all getting a boost of 2.3 per cent.

For regular readers, the increases should not come as a surprise.

As I’ve reported over the years, a previous council decided long ago — based on an independent panel’s recommendation in 1995 — that pay increases would kick in each Jan. 1.

Increases fluctuate and have involved formulas that factor in the Consumer Price Index (CPI), a separate calculation for the mayor’s salary, the average weekly wage for B.C. and data from Statistics Canada.

The information I received this week from the city’s communications department said the pay hikes represented the increase in CPI for 12 months ending October 2019.

It just so happens the raises kicked in less than a month after council decided on how much property taxes should be increased for the coming year.

For the record, property taxes are going up seven per cent in 2020. They went up 6.1 per cent last year.

I’m guessing you probably have a question that goes something like this: So how does council rationalize raising taxes while at the same time accepting a pay increase?

For some reason, I have former Vision Vancouver councillor Geoff Meggs’ voice in my head, telling me that I can’t join the two — that, as mentioned, the decision to boost salaries was made back in 1995 by an independent panel.

That may be true, but there’s nothing stopping the mayor and councillors from putting a freeze on pay increases. But would they be right to do so?

Before you answer that question, it’s important to understand what Vancouver council’s counterparts in other major Canadian cities are earning.

I should point out that I’m specifically focusing on salaries here.

I wanted to get back to the question of raising taxes while boosting salaries. I sent an email to the mayor and 10 councillors this week, realizing some are still on a break.

That included COPE Coun. Jean Swanson, who said she has donated about $27,000 of her salary since being elected in October 2018 to various non-profits and topped up some of her political assistant’s pay.

She also used some of the money to buy food for homeless people living in Oppenheimer Park.

“I think we get enough money, as it is,” Swanson said.

Coun. Rebecca Bligh, who recently resigned from the NPA, said she would “forgo any increase especially after an unreasonable an excessive tax increase of seven per cent less than a month ago.”

Added Bligh: “That said, my cost of living will go up this year and every year, as will everyone’s. We need to ensure this job is financially doable for all future elected officials, including people who may have limited finances like single parent-income families and the like.”

NPA Coun. Sarah Kirby-Yung said the pay increases are in line with the practice of annual increases for the city’s union and exempt staff “and is also a practice commonly followed by the private sector.”

“I did not support the seven per cent property tax hike as it raised rates higher than the CPI or reasonable cost increases,” Kirby-Yung said.

“Seven per cent is more than threefold the CPI, which is the typical salary adjustment residents would receive if they actually do receive a salary increase.”

Added Kirby-Yung: “Council needs to consider the mounting overall costs facing our residents and businesses. We have food costs, condo insurance, transportation costs all going up. If council continues to raise taxes at these high rates, we are going to significantly and negatively impact people’s ability to manage in our city and our small businesses’ ability to survive.”

Green Party Coun. Pete Fry said the 2.3 per cent pay increase is marginally higher than the average two per cent raises for city staff this year.

“So I don’t think the amount is inconsistent in that context, nor that councillors are particularly overpaid,” Fry said.

Added Fry: “I don’t think freezing councillor wages — should they increase taxes — would be very practical or especially productive, since the obvious corollary of that would be wage increases only as a ‘reward’ for freezing or lowering taxes. Our job is to make sound decisions to support the functionality, livability, sustainability and growth of our city.”

So what do you say Vancouver — happy, sad, outraged, nonplussed about all this?

Shoot me an email.

Vancouver loses director of homelessness services to Toronto
Dec 11, 2019 8:57 AM