$38M Vancouver condo is most expensive home for sale in Canada

The number of sales at the luxury-home end of the market may have dropped, but there are still some astronomically priced residential listings out there.
Joannah Connolly May 31, 2018 9:01 AM

The number of sales at the luxury-home end of the market may have dropped, but there are still some astronomically priced residential listings out there.

A recent round-up by real estate website Point2Homes has ranked the 10 highest-priced home listings in the country (not including listings that are primarily land deals, like this $38.8 million parcel in Surrey).

No prizes for guessing which city the priciest home listing on the chart is located in – yep, it’s Vancouver. In fact, three listings in Vancouver proper made the top five, and six of the top 10 were in B.C.

But it may be more surprising that the #1 listing is a condo – one of just two condos in the top 10. 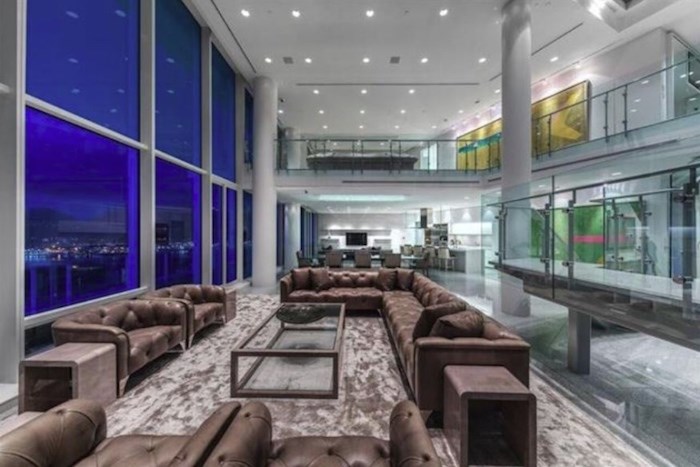 According to a national ranking, this Coal Harbour penthouse is currently the highest-priced listing in Canada. Listing agent: Malcolm Hasman

This Coal Harbour penthouse is on the market for a jaw-dropping $38 million, listed by ultra-luxe specialist agent Malcolm Hasman. Located atop the Fairmont Pacific Rim building, it has a staggering 6,652 square feet of interior living space and more than 2,900 square feet of outdoor terraces boasting breathtaking views. Inside the two-level home are vast entertainment and living spaces, double-height ceilings with a grand staircase, four bedrooms, five bathrooms, a gym and a media room.

It’s certainly quite the home – and at $38 million, quite the price for a condo, breaking down to $5,713 per square foot. For comparison, the next-priciest attached-home listing in the Lower Mainland is a $13.8 million Point Grey half-duplex, and the region’s second-priciest condo-apartment is a $12 million penthouse at the Terminal City Club in downtown Vancouver.

The other two Vancouver homes in the top 10 national rankings are both Shaughnessy mansions – this contemporary home with a luxury pool on Wolfe Avenue for $34.8 million, and a $28.9 million mansion that had been listed at $35 million and has been sold since Point2Homes issued its rankings.

The three other B.C. properties in the top 10 have all been featured by the Courier: this $28.8 million remote estate linked to movie star Michelle Pfeiffer; this $28.8 million resort-style Tuscan-inspired villa in Surrey; and this $25.9 million lakeside estate in Whistler.