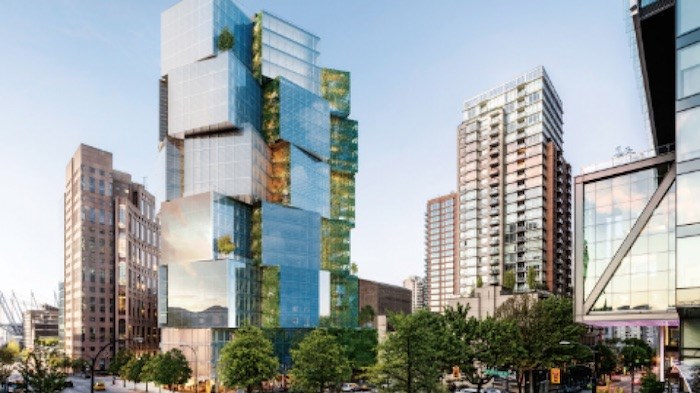 Westbank’s development at 400 West Georgia is slated to open in 2020. Photo via Westbank

The tower, still under construction, sits across from the old Canada Post building where Amazon.com, Inc. is planning to take up 416,000 square feet in the redeveloped site as it adds 3,000 workers in the coming years.

Apple did not respond to an inquiry from Business in Vancouver.

This year the city jumped 13 spots to No. 12 when ranked against 50 North American markets, according to the 2019 Scouting Tech Talent report.

CBRE Vancouver vice-president Jason Kiselback told BIV tech giants along the West Coast are being increasingly drawn to Vancouver due to the low cost associated with operating a business.

CBRE found that Vancouver was the second-cheapest city in which to operate among 50 markets analyzed.