VANCOUVER - Stack them up. Take them down. Move them around. Repeat. What could easily pass as a description of the children's toy Lego could also be a portrait of British Columbia's latest tool in the fight against homelessness.
Oct 5, 2017 9:51 AM By: The Canadian Press 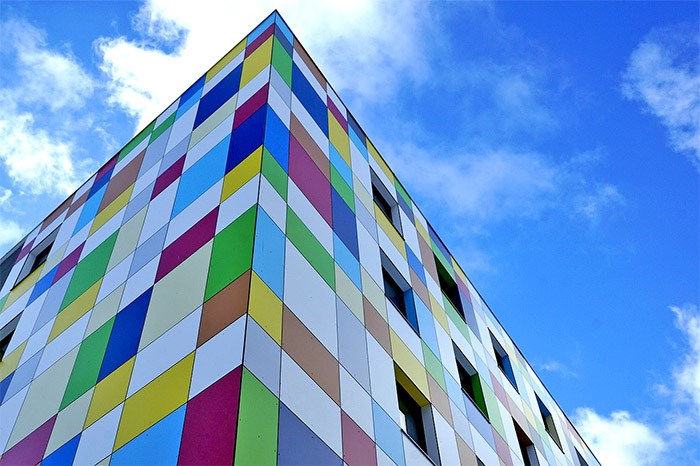 VANCOUVER - Stack them up. Take them down. Move them around. Repeat.

What could easily pass as a description of the children's toy Lego could also be a portrait of British Columbia's latest tool in the fight against homelessness.

The province is turning to modular housing to help with a critical lack of short-term accommodation. Temporary modular housing involves the construction of small, self-contained living quarters, which can be shipped directly from a factory and quickly assembled.

Proponents applaud the technique not only for its cost savings, but also because it slashes delivery time from years to months.

"I liken it to being six months from idea to occupancy," said Luke Harrison, CEO of the Vancouver Affordable Housing Agency.

Harrison's organization has assembled 40 units, each about 23 square metres, in Vancouver as part of a pilot project.

Permanent housing can take years to get approved and built, but prefabricated modules can quickly be moved to new locations and reassembled in new configurations depending on local needs. As a result, vacant sites waiting to be developed are suddenly candidates for temporary complexes that can house 50 or more people.

"It's not a solution for everything, but it's a great tool that we have in our arsenal now to deal with things like the homeless population that requires an urgent and critical response that just doesn't come as easily through traditional forms of construction and development," Harrison said.

A recent homelessness survey of Metro Vancouver communities between 2011 and 2016 found the number of people without shelter grew by 40 per cent, to 4,211 people. That's four times faster than general population growth over that same period, the survey said.

Ethel Whitty, Vancouver's director of homelessness services, said the initiative marks a shift in the city's approach to helping the homeless that promotes finding accommodation as a priority.

"Up until recent years, it was thought that you had to house people who were ready for housing. They had to be dry and sober and, say, they had to have their goals organized," she said. "Actually, people who are housed are much more likely to be able to organize their life plan."

Where to place modular complexes depends on a number of factors, including access to health care and transit, zoning, environmental factors and community consultation, she added.

Kathleen Llewellyn-Thomas, who oversees community services for the city, said housing is only one element of a broader overall program, which will include support workers and other resources for tenants.

Part of the inspiration for the project came from temporary camps and catering facilities used in the resource industry to house workers in remote locations. Vancouver's pilot project used expertise from Horizon North, which operated in the industrial sector for years before expanding to residential and commercial development.

Scott Matson, the company's chief financial officer, said the key to modular housing is the timeline.

"Imagine Lego blocks being completed in a controlled and closed environment, in a manufacturing environment rather than an outdoor construction environment, shipped to site and assembled on site," Matson said.

The company builds the modules in Kamloops, B.C., transports them on site by truck and assembles them using a crane.

He estimated the typical lifespan of a module to be as long as 25 years and said the aesthetic of residential projects are "very, very different" from work camps.

"Once constructed, … you'd be unable to tell that it was anything different than a regular apartment building or hotel complex."