The B.C. government was the largest single buyer of hotel properties in Canada during the second quarter of this fiscal year
Aug 4, 2020 2:15 PM By: Frank O'Brien 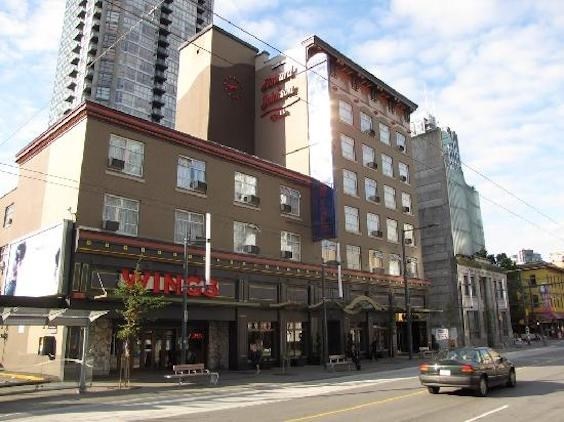 The Howard Johnson on Granville in Vancouver. Its sale to BC Housing was Canada’s largest hotel deal this year. File photo

The British Columbia government was the largest single buyer of hotel properties in Canada during the second quarter (Q2), accounting for four of the 12 transactions and more the half the dollar volume.

The  fact the B.C. transactions  – all of which are for supportive housing – are the biggest deals in the country is indicative of a troubled hotel industry reeling from the effects of COVID-19.

“The second quarter was perhaps the toughest on record for hotel owners and operators across the country,” noted Colliers International in its INNvestment Canada hotel report for Q2 2020.

Four of the transactions in Q2 were hotels in Vancouver and Victoria, bought by BC Housing to temporarily shelter homeless people. The province paid a total of $107 million.

BC Housing was also responsible for the single largest deal this year, with its purchase of the 110-room Howard Johnson hotel on Granville Street for $55 million, a price that pencils to about $500,000 per room.

At the start of the third quarter, BC Housing also purchased the American Hotel on Main Street, Vancouver, for $17.9 million.

For the first half of this year, hotel sales volumes in Canada totalled $500 million, down from $830 million in the first six months of 2019.

The hotel industry is suffering from pandemic-related travel restrictions that has seen international overnight visitors plunge 92 per cent in the second quarter compared to a year earlier.

All conferences booked into hotels have also been cancelled or gone online since the pandemic began.

Nationally, the revenue per available room in Canadian hotels, a key industry metric, is down 54.9 per cent this year compared to 2019, Colliers reports.

Hotel occupancy levels fell to a record low of 12 per cent in April before recovering to an average of 28.9 per cent in early July, still about half of the rate a year earlier.

For the first time since Canada’s confederation in 1867, the Canada-U.S. border was closed to all but essential travel on March 31. The closure currently remains in effect until August 21, but it could be extended.