Based on a study of 252 lower mainland neighbourhoods, the rankings factor in home prices and value as well as realtors' assessments of the area's potential.
Joannah Connolly Jun 5, 2019 12:18 PM

Whether it’s a neighbourhood that’s up and coming, or one that will always be desirable, there are many good reasons to invest in a home in certain hot spots – even in a down market. But sometimes, identifying those hot areas can be tricky.

MoneySense magazine this week published a ranking of what it deemed to be the best Lower Mainland neighbourhoods to buy a home in right now. 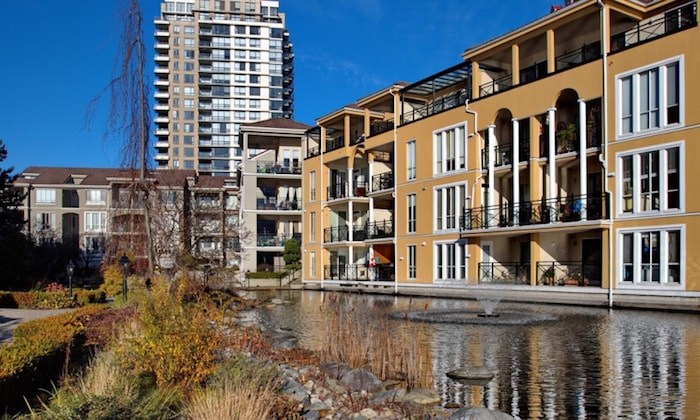 Its study, which covers 252 neighbourhoods across the region, examined the current average home price in each neighbourhood, how that price compares with both the surrounding area and the region as a whole ("value"), how much the average price has increased over the past year and five years ("momentum"), and what local realtors had to say about the area's potential. It then created a star rating for each neighbourhood and ranked them.

MoneySense found that Uptown New Westminster was the hottest market in the Lower Mainland right now, followed by Lynnmour in North Vancouver, Sea Island in Richmond, Greentree Village in Burnaby and Birchland Manor in Port Coquitlam.

The hottest Vancouver neighbourhood was found to be Marpole, which came in overall at number 18 on the list.

Here's how MoneySense ranked Vancouver's neighbourhoods on their own:

Check out the top 20 neighbourhoods in the region ranked in the image below, and go to the source post for the interactive ranking to find details on your own area – or the one you’re thinking of buying in. 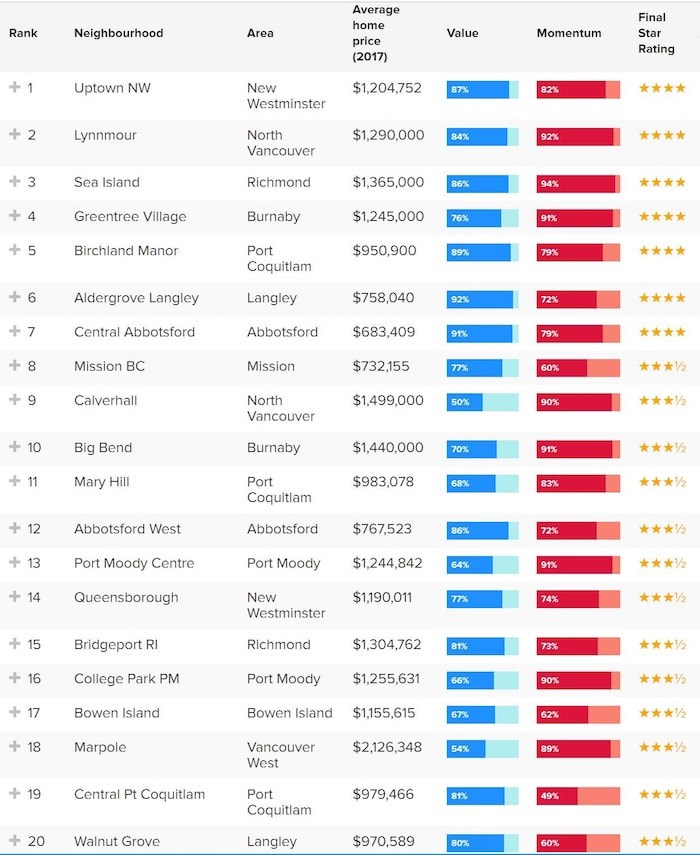