Surrey is your best bet for real estate investments in B.C.

Looking to invest in some real estate? If you are ready to really live the dream, the results of a newly-released survey show that all signs point to...Surrey.

That's right, Surrey. B.C.'s biggest suburban city to the south of Vancouver has been ranked as your best bet for real estate investments in the province, according to the 2017 survey.

The annual rankings come from the Real Estate Investment Network (REIN), who identifythe top 10 cities in the province for real estate investment, based on their research.

REIN factors in "all economic and demographic fundamental key drivers" along with what influences are having an impact on the various markets. 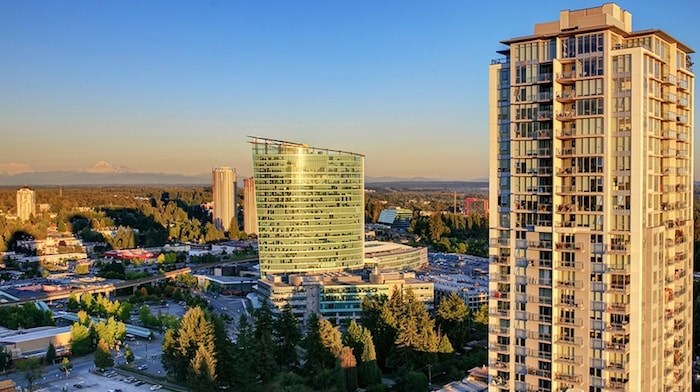 Six of the top 10 cities are in the Lower Mainland, according to annual rankings (REW.ca)

So why is Surrey so sweet for investments? Well, REIN considers these markets in terms of being in phases of "boom" or "bust," and Surrey is poised to be a boom town these days. Since it's just at the start of the boom, REIM advises those looking to put some bucks in that now is the time to "fix and flip," if that's how you roll.

Surrey has seen an uptick in home sales, a decrease in inventory, and low rental vacancies to boot, which go with the city's unique meld of being young and growing as well as economically diverse. Surrey also happens to be something the number 10-ranked city (Vancouver) is often not: Affordable.

Speaking of Vancouver, REIN notes that the city is at the "end of a boom," but also points out that despite being in this phase, we aren't going to see a radical price drop in homes or condos any time soon.

The top 10 cities for this year’s rankings are:

With files from REW.ca. Read more from REW.