If you think you're overheating in this summer weather, consider Metro Vancouver real estate for a moment.
0
Jul 26, 2018 12:45 PM By: Joannah Connolly 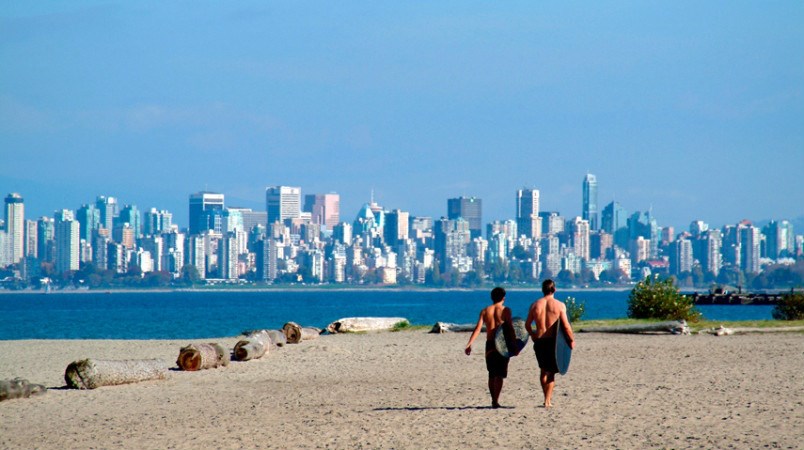 If you think you're overheating in this summer weather, consider Metro Vancouver real estate for a moment.

The Vancouver Census Metropolitan Area (CMA) housing market has been assessed as at a “high degree of vulnerability” from various risk factors by the Canada Mortgage and Housing Corporation (CMHC), in a report released July 26.

The federal housing agency’s quarterly Housing Market Assessment, which for this edition assessed market activity in 2018’s first quarter, has pegged the region as highly vulnerable for nine consecutive quarters.

As in previous editions, the latest report said that the main risk comes from overvaluation of homes, with price levels “far higher than the upper predicted values from price models based on demand and supply fundamental factors such as population, income, financing costs, and land supply.”

The quarterly Housing Market Analysis analyzes real estate markets across Canada, assessing a combination of four key risk factors: overheating, when demand for homes in the region outpaces supply; sustained acceleration in house prices; overvaluation of house prices in comparison with levels that can be supported by economic fundamentals; and overbuilding, when the inventory of available homes exceeds demand.

Despite home price growth slowing recently in many areas, the overall year-over-year price growth seen in 2018’s first quarter was enough for CMHC to flag the region as being at “moderate” risk of both overheating and price acceleration.

“The HMA framework detected moderate evidence of overheating, although price growth has been slowing considerably over the last two quarters, and has turned negative in some areas,” said Bond. “Declining prices for detached properties in some areas, particularly Vancouver’s Westside and West Vancouver, are due to high inventories that have accumulated due to sustained falling sales volumes.”

Once again, the only area where the risk was deemed low in Metro Vancouver was overbuilding. “Despite record-breaking new home construction over the past two years, new home inventories remain low as developers have not been able to keep up with the demand,” said the report.

Despite Canada as a whole being assessed as at “moderate risk” in price acceleration and overvaluation, and at “low risk” in overheating and overbuilding, the CMHC still said that overall the country’s housing market is at “high risk” for the eighth consecutive quarter. The national report said that this was “due to price acceleration and overvaluation being detected” in key housing markets.

Victoria Census Metropolitan Area (CMA) was also assessed as at high risk overall, with the same ratings in each of the four factors as Metro Vancouver, as was Toronto CMA.

CMHC said that the report “acts as an ‘early warning system’ for the country’s housing markets – an important tool supporting financial and housing market stability.”