This Vancouver house might not look like much on the outside, but it’s a Mid-Century Modern home of architectural note, designed by Kenneth McKinley in 1955 and featured in home magazines in the late 1950s. It’s also part of an elite portfolio of global properties that will go to the highest bidder at an auction in Hong Kong on December 19.
Dec 5, 2018 3:48 PM By: Joannah Connolly

This Vancouver house might not look like much on the outside, but it’s a Mid-Century Modern home of architectural note, designed by Kenneth McKinley in 1955 and featured in home magazines in the late 1950s. It’s also part of an elite portfolio of global properties that will go to the highest bidder at an auction in Hong Kong on December 19. 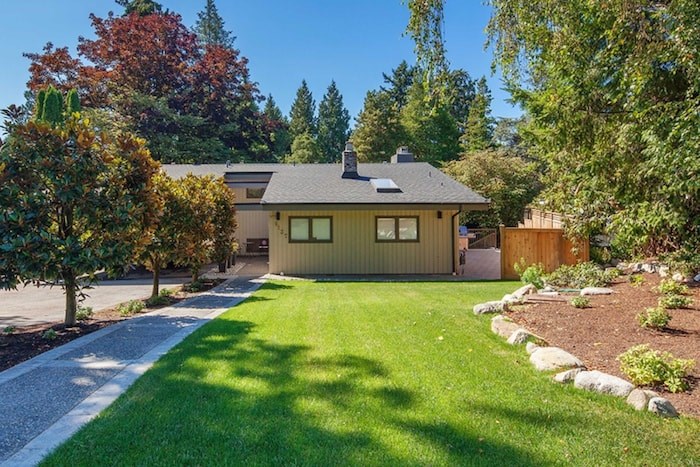 This modestly sized house on a large, desirable lot in Vancouver’s Dunbar neighbourhood is being sold at an auction primarily targeted at Chinese buyers. Image supplied

The super-retro house on an 11,000-square-foot lot in Vancouver’s Dunbar neighbourhood is one of 17 properties being targeted at Chinese buyers by global auction house Concierge Auctions. It joins luxury Parisian apartments, an ultramodern home in Hawaii and mansions in South Carolina, Pennsylvania and Texas – as well as a Whistler lakeside estate that failed to sell in Concierge’s previous auction and via the MLS.

Bidding starts online on December 14, and the home will go to the highest bidder during the Hong Kong auction, which could be either a live or an online bidder. The live auction is being held December 19 (North America) – December 20 for those over the International Date Line in Hong Kong. Concierge Auctions said in a press release that this “December Sale” was specifically targeted to Chinese buyers, and the collection of North American and European homes is described online as the “China Portfolio.” 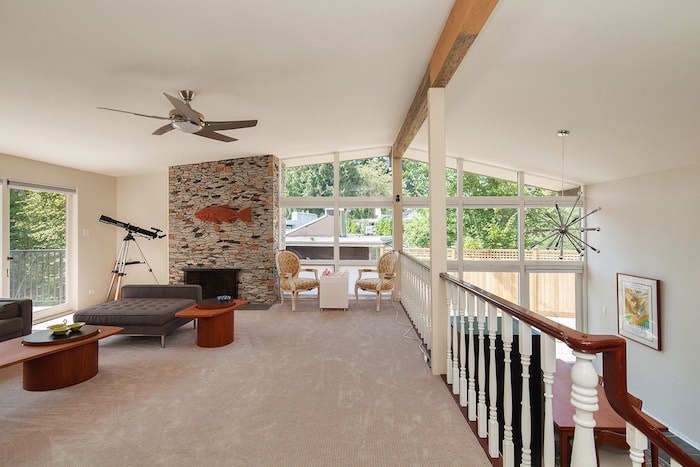 This Mid-Century Modern home was designed by renowned architect Kenneth McKinley and featured in home magazines in the late 1950s. Image supplied

The Vancouver home is by far the smallest of the detached houses in the auction, although at 2,900 square feet, its size is comparable to the two luxury Paris condos available. It has four bedrooms, two-and-a-half bathrooms and four levels of living space. The home retains many of its original features and has some spectacularly retro rooms, especially the bathrooms.

Concierge Auctions does not seem optimistic the buyer will retain this noteworthy home, however. The promotional write-up reads, “With zoning changes, now is the time to create your dream mansion or massive duplexes.” 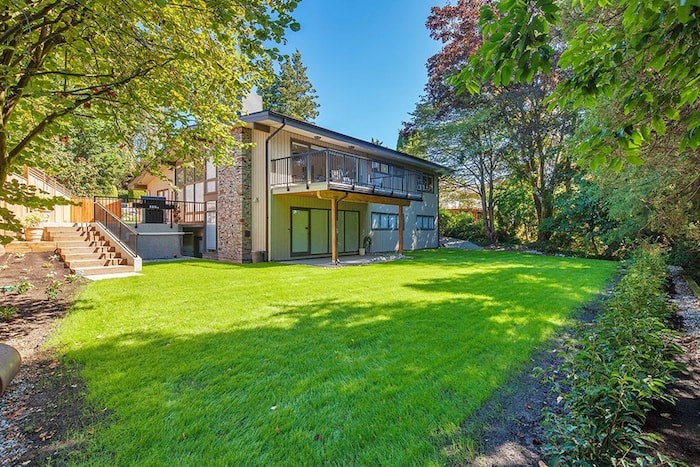 Check out more photos of the home, below. More details on the auction can be found here. 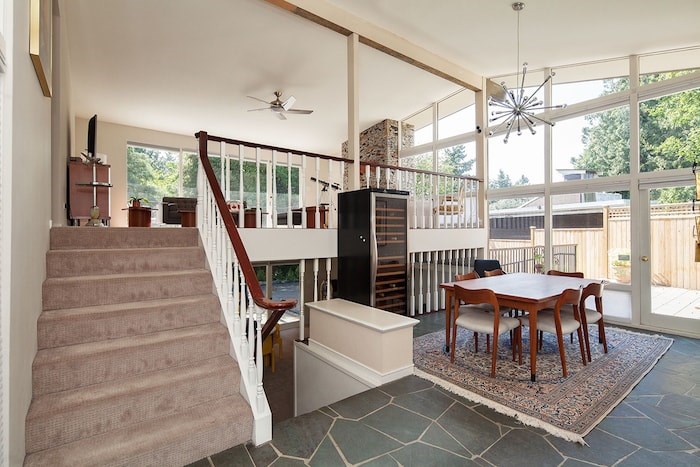 The dining room is one half-level down from the upper living space, and benefits from soaring ceilings and tonnes of natural light. Image supplied 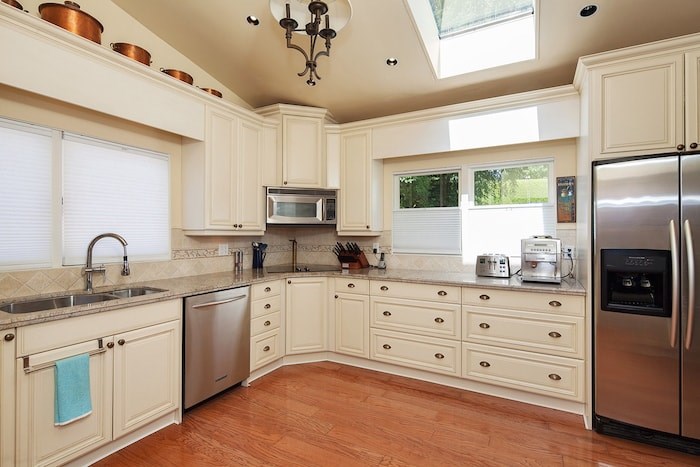 Designed in the 1950s, the kitchen is medium sized and functional, with a casual eating area at the other end. Image supplied 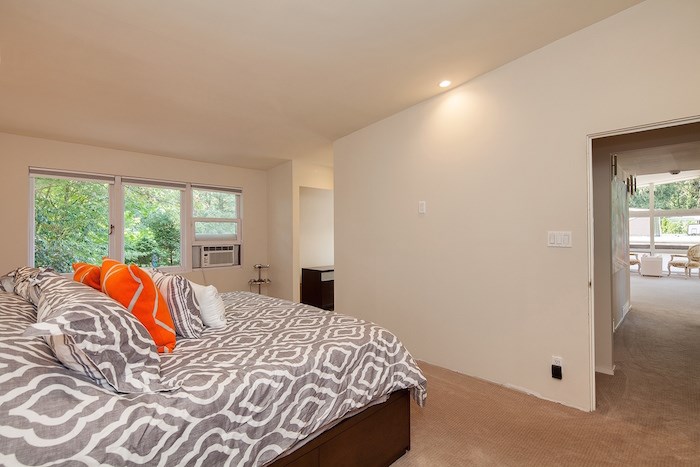 The master bedroom is fairly simple and not huge, but it does come with an ensuite bathroom and leafy backyard views. Image supplied 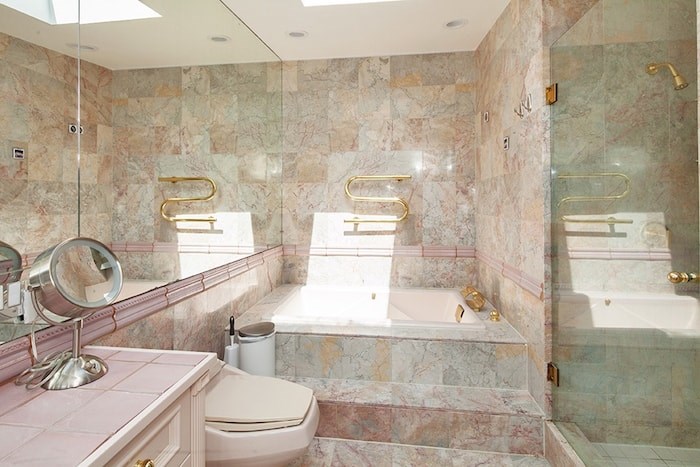 The most retro room in the house has to be this bathroom, which is so bad it’s good (almost). Image supplied 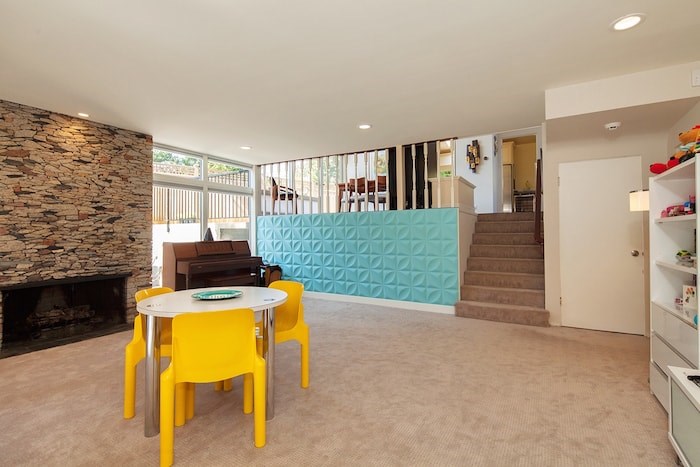 On the lower level is a spacious recreation room, which would make a great family room or playroom. Image supplied 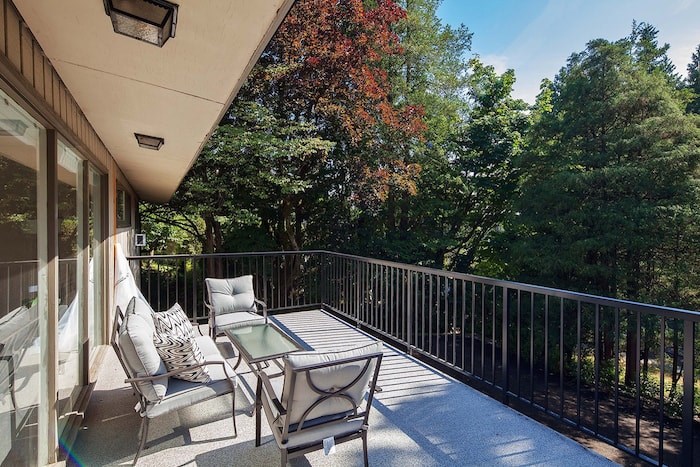 The living room on the top level has access to a generous deck overlooking the large, private yard. Image supplied