B.C. homeowners can expect a mixed bag of property values for 2019

B.C. homeowners will see overall “signs of moderation” in their upcoming property assessments, with some parts of the province seeing declines and others considerable increases, according to B.C. Assessment.
Dec 7, 2018 7:13 AM By: Joannah Connolly

B.C. homeowners will see overall “signs of moderation” in their upcoming property assessments, with some parts of the province seeing declines and others considerable increases, according to B.C. Assessment.

The property assessment organization said that many of Metro Vancouver’s detached homes have declined in value by five to 10 per cent over the past year. However, this is balanced out provincially by property value jumps in most of the rest of B.C. 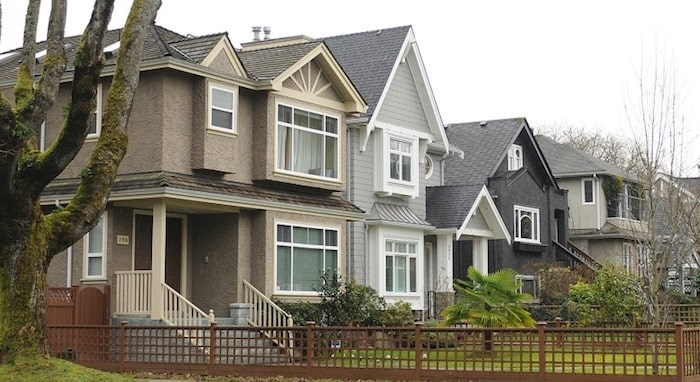 “It's a real mix in property value changes, but the market can best be summed up as showing signs of stability across most areas of the province,” said assessor Tina Ireland. “Changes in property assessments really depend on where you live. For example, assessed values for detached single family homes in many areas of Metro Vancouver may see a softening in value, while other markets and areas of the province will see modest increases over last year's values.”

The Metro Vancouver areas most affected by detached home value declines are Vancouver, the North Shore, South Surrey, White Rock, South Delta and Richmond. Other parts of the Metro region were “relatively stable or even showing modest increases,” said the report.

B.C. Assessment said that the rest of the province could expect increases of five to 15 per cent for single family home values, including the Fraser Valley, Vancouver Island, Okanagan and Northern B.C. It added, “In many parts of central and northern Vancouver Island, values were increasing closer to 20 per cent. And, in Kitimat, the increases were even greater in response to activity within the resource sector.”

Despite the market slowdown, Metro Vancouver condo values generally increased on an annual basis. Vancouver, the North Shore and Burnaby saw the lowest rises in condo values, but condos in some parts of the eastern Fraser Valley increased by more than 20 per cent. Overall, condos around B.C. typically increased in value by 10 to 20 per cent across most areas.

B.C. Assessment added, “Additional price moderation has been seen later in the year, particularly in Metro Vancouver. However, to make sure property assessments are fair, they are all calculated based on the same date of July 1 every year.”

Ireland added, “When properties similar to your property are sold around July 1, those sales prices are used to calculate your assessed value. Our job is to make sure your assessment is fair and accurate as compared to your neighbours.”