Richmond mega-mansion listed for near $22 million

The mega-mansion for sale on No. 6 Road at almost $22 million. Google Maps/screenshot

If you’ve got a spare $22 million lying around, you could get yourself a nice “little” piece of Richmond property – and get $20,000 in change.

A 22,000 square-foot mega-mansion on agricultural land has just hit the market on No. 6 Road, the likes of which are now not permitted to be built after the City of Richmond tightened its bylaws two years ago.

The nine-bedroom, 11-bathroom estate residence has two fireplaces, and two garages — that sleeps six cars – and comes along with property taxes at more than $16,000. 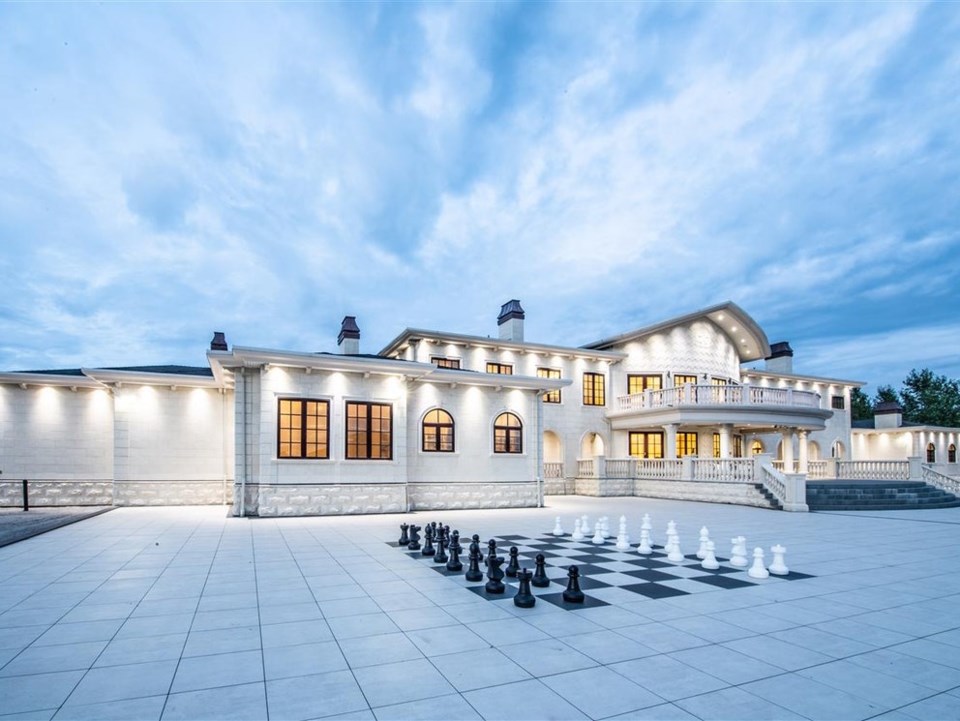 You can play chess in the yard. Photo via REW.ca

It’s unlikely such a property will be constructed on ALR land for the foreseeable future, after the provincial government introduced Bill 52, which took effect in February 2019, restricting the size of homes to less than 5,400 square feet.

However, anyone who had permits already in place to build similar residences were allowed to proceed with construction, including that of a 10,800 square-foot house at 9660 Sidaway Road, listed at $8.8 million.