These B.C. homes used to be worth over $1M, now they've been assessed at $2 each 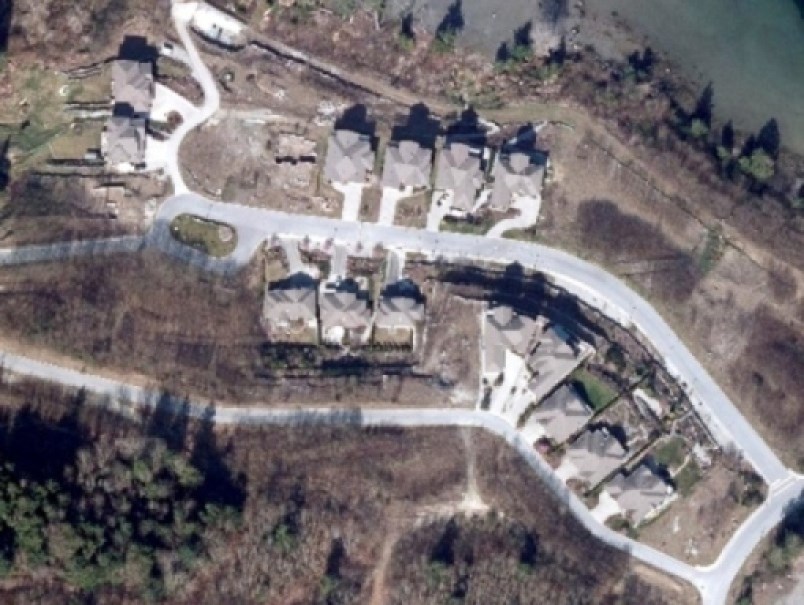 Seawatch The homes in the evacuated Seawatch subdivision in Sechelt are now valued at just two dollars, according to BC Assessment. Coast Reporter file photo

Nearly a year after the neighbourhood was evacuated over sinkhole fears, BC Assessment has declared the homes in the Sunshine Coast community of Seawatch essentially worthless.

The sharp drop in value for the evacuated homes was not unexpected.

The properties, valued in most cases at more than $1 million in 2019 and which many of the owners are still carrying mortgages on, have now been assessed at just two dollars – one dollar for the land and one dollar for the building.

A home at 6657 Gale Ave. North, which was declared uninhabitable in 2015 when a sinkhole opened up in the front yard, had already been written down to $1 for the building but the lot was still estimated to be worth $50,000 in 2019. That land, too, is now assessed at $1.

BC Assessment deputy assessor Brian Smith told Coast Reporter that the Seawatch properties were evaluated using the same “snapshot” approach as any other property – looking at the likely market value as of Oct. 31, 2019.

“We still have to provide them with an assessment and the one dollar on each the land and the building is the lowest that we’re able to reflect on that,” he said.

“Of course if things get fixed and as of Oct. 31, 2020 these properties are being lived in and fully functional as a house and land then the assessment would more reflect the market.”

The remaining vacant lots in the development are now assessed at $1 but large plots of vacant land above the subdivision, which were covered by the evacuation order, did not see the same significant loss in value. The largest, a 27.5-acre (11-hectare) block at 6453 Gale Ave. North – which is owned by Concordia Seawatch, the developer of the subdivision – was assessed at $3.4 million in 2019 is now valued at $2.7 million.

Smith said BC Assessment is trying to gather more information about the evacuation area and whether those properties could be considered within that. “Those properties, being outside of that subdivision, we didn’t include … but we are taking a look at that based on some of the inquiries we’ve had from property owners.”

Smith added that anyone with questions or concerns about property assessments in that area can contact the BC Assessment office.

Elsewhere on the Sunshine Coast the residential assessments followed the general trend for the rest of the Lower Mainland area, which also includes Metro Vancouver, the Fraser Valley, and the Sea to Sky corridor.

But while properties in Metro Vancouver and the North Shore were down anywhere from seven to 16 per cent, the reductions were smaller on the Sunshine Coast.

According to BC Assessment, the average single-family detached home in Sechelt was valued at $568,000, about six per cent lower than 2019.

BC Assessment didn’t release a separate average for waterfront homes, but the agency did say homes in Sechelt’s downtown area dropped in value by 7.5 per cent and stratas were assessed at 3.2 per cent less.

An average home in Gibsons was valued at $657,000, a reduction of three per cent from 2019. Waterfront homes saw assessments decrease by 4.2 per cent.

BC Assessment said in the Sunshine Coast Regional District (SCRD) rural areas a typical single-family home was assessed at 2.5 per cent less than 2019.

Commercial properties saw modest increases in value across most the Sunshine Coast.

In Sechelt, commercial assessments were up 1.9 per cent but light industrial properties dropped by 1.9 per cent.

In Gibsons both categories had increases in value – commercial was up 2.3 per cent and light industry was up 3.4 per cent.

And in the rural areas of the SCRD, commercial assessments were up 3.1 per cent on average and they were up 1.6 per cent for light industry.

“People living in the regions hardest hit by sky-high property-value increases are seeing a moderating trend in housing prices,” said Selina Robinson, Minister of Municipal Affairs and Housing, in a Jan. 2 statement on the assessments.

“For the second year in a row, we see only modest changes in the value of both single-family and strata homes in most regions, particularly in the Lower Mainland and on Vancouver Island,” Robinson said.

“This is a positive sign that our government’s efforts to make housing more affordable for more British Columbians are having a real impact.”

You can search assessments online as well as the assessments for neighbouring properties and information about the recently sold properties BC Assessment used to set values for your neighbourhood.

Requests for corrections to basic information like the number of bedrooms and bathrooms in your home can be made online. Formal appeals of assessments must be filed by Jan. 31.