Seniors who own rustic cabins that are in no shape to be on the rental market say they face thousands of dollars in speculation taxes because their properties fall within the Vancouver-area boundary where the levy applies.
Mar 6, 2019 6:39 AM By: The Canadian Press

VICTORIA — Seniors who own rustic cabins that are in no shape to be on the rental market say they face thousands of dollars in speculation taxes because their properties fall within the Vancouver-area boundary where the levy applies. 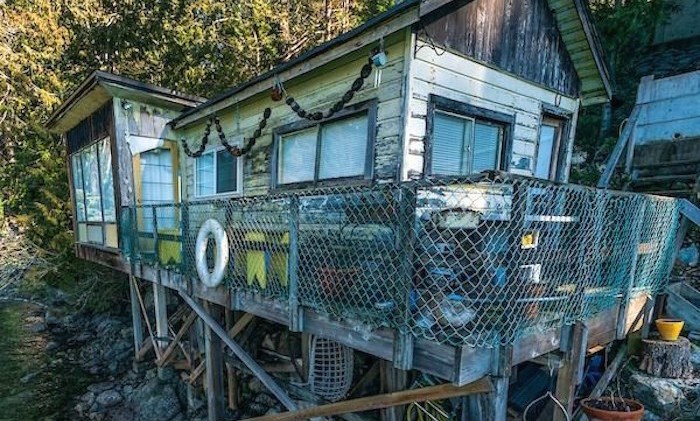 A photo of a home in Belcarra, B.C. is shown in this undated handout image. Seniors who own rustic cabins in a remote area near Vancouver say they face thousands of dollars in speculation taxes even though their properties are not suitable rental homes. THE CANADIAN PRESS/HO-John Lehmann

Neil Belenkie, mayor of the remote village of Belcarra, and the property owners were at British Columbia's legislature Tuesday demanding relief from the tax, which applies to vacant homes in Metro Vancouver, the Fraser Valley, Kelowna, southern Vancouver Island and Nanaimo.

Retired music teacher Charline Robson said she lives in a basement suite in Burnaby but now faces a $6,000 speculation tax bill this year because the cabin she inherited is empty much of the year and not up for rent.

Robson, who said she already pays annual property taxes for the cabin of about $12,000, says the property is not insulated and does not have running water, sewer or street service.

"You can't rent this," she said. "You have to go through private property to get there. There's no parking. There's no proper water and certainly not any sewers."

"This was passed on to me by my auntie about three years ago," said Robson. "She bought it in the early 1950s. During the last couple years, she said to me, 'I'm not sure I can hold onto it. I don't have the money.' "

Robson, who has children and grandchildren, said the family uses the cabin as a summer vacation getaway.

The New Democrat government introduced the speculation and vacancy tax to reduce the number of empty homes in most B.C. urban areas in an effort to ease the province's housing crisis. The tax rate varies depending on the citizenship and residency status of the owners.

Opposition Liberal Leader Andrew Wilkinson said the Belcarra seniors are not property speculators, but still face the tax because their roughly finished cabins are considered second homes and are not on the rental market.

"These people are seniors who have cabins that cannot be rented out and the NDP have classified them as speculators," he said.

Belcarra Mayor Neil Belenkie said efforts to exempt his community from the tax have been rejected by Finance Minister Carole James.

"These cabins don't have potable water," he said. "They don't have parking. They don't have services you'd require and never had the insulation and the heating for regular day to day living. They are not designed to be able to have someone live full time."

Retired engineer Walter Mechler, 93, said he built a cabin on a rock out-crop in Belcarra for family use. He said he pays about $4,000 in property taxes and now faces a speculation tax bill of about $3,000.

James said there tax credits available to B.C. property owners subject to the speculation tax. She said B.C. owners are eligible for a tax credit of up to $2,000 on a secondary property, which means a property assessed up to $400,000 will be exempt from the tax, she said.