Members of the Sahota family, which owns several infamous hotels on Vancouver's Downtown Eastside, are suing the owners of a Burnaby rental apartment that's part of a complicated lawsuit.
Cornelia Naylor
Oct 5, 2018 12:22 PM

Members of the Sahota family, which owns several infamous hotels on Vancouver's Downtown Eastside, are suing the owners of a Burnaby rental apartment that's part of a complicated lawsuit.

A B.C. Supreme Court judge had harsh words for all concerned as he dismissed competing claims for a “nondescript” three-storey rental apartment that has doubled in value since Burnaby city council approved its Metrotown Downtown Plan in July 2017. 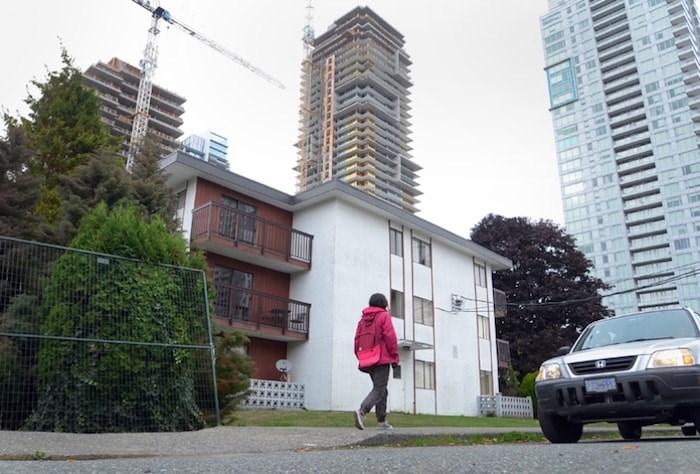 Competing claims on this lowrise apartment building at 6425 Silver Ave. in Metrotown were the subject of a complicated lawsuit recently. The value of the property has more than doubled over the last two years. Photograph By CORNELIA NAYLOR

The building at 6425 Silver Ave. was acquired by Rajinderjit Singh Bhela and Tarsem Singh Gill in March 2016 for $11.5 million through a numbered company owned entirely by Bhela, according to court documents.

Within a year of buying the apartment building for $11.5 million, however, Bhela and Gill had borrowed more than double that against the property, leaving “a trail of bad debts and broken contracts in their wake,” according to a recent court ruling by Justice Michael Tammen.

By September 2017, the property was in foreclosure, and two parties claimed a right to buy it.

Both stood to “potentially receive a substantial windfall based on the escalating value of the property,” noted the judge.

First, Joyti Sahota, the daughter of Gurdyal Sahota and niece to his brother Pal, claimed a right of first refusal to buy the property.

The Sahota family are controversial Vancouver landlords, known for running hotels and rental apartments in decrepit conditions. Currently, the City of Vancouver has begun the process to expropriate two of the family’s Downtown Eastside hotels due to the run-down conditions.

The Sahotas had loaned Behla and Gill $1.5 million to buy the property.

As part of that deal, Joyti Sahota was apparently granted the right of first refusal, although it was never registered on title. 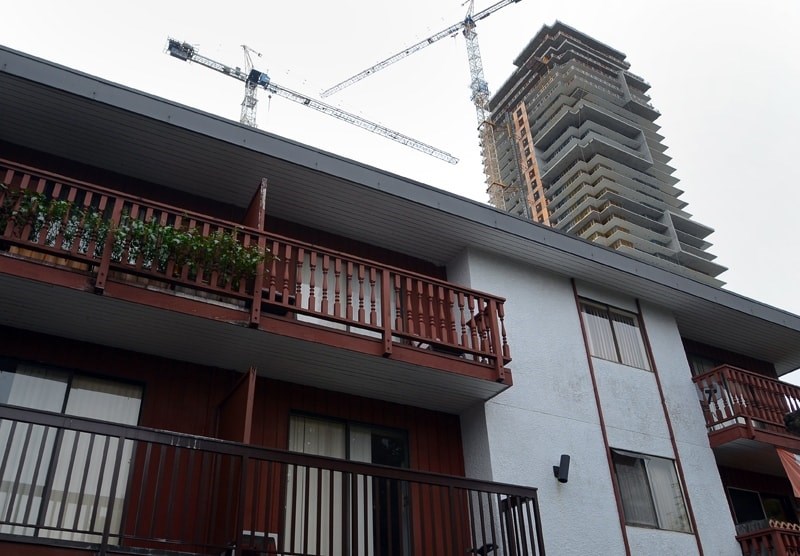 It turned out, however, Joyti (the judge pointed out the spelling of her name was indeed J-o-y-t-i on her driver’s licence but was spelled differently on various documents) had no idea this deal was being made on her behalf.

“She was never involved in any transaction concerning this land, and at all material times, her uncle, Pal Sahota, used her name and signed documents in her name without her knowledge,” Tammen said.

Pal Sahota, the family’s patriarch, said the family had wished to acquire properties in the names of the next generation, so the family’s real estate portfolio could one day be handed down to them.

Tammen didn’t buy it, concluding it was instead a “misguided attempt” by Pal to “shield himself from any liabilities which might arise from the agreement.”

The judge said Pal’s improper motive was underscored by the fact he went as far as swearing an affidavit in which he maintained the legal fiction that he was Joyti Sahota.

“I find that he has deliberately attempted to deceive the court,” Tammen said. “His overall conduct, in particular signing documents using the name of another, and swearing an affidavit claiming to be somebody else, in my view disentitle him from claiming equitable relief from the court. He does not come to the court with clean hands.”

The affairs of the other party – a numbered company – looking to acquire title on the Silver Avenue property were “even more convoluted,” according to Tammen.

Yang found out about the Silver Avenue property from another agent.

“Yang learned of plans, which had been tentatively approved by Burnaby City Council, to rezone the neighbourhood to permit the construction of high-density residential buildings,” Tammen said. “He described the area as one of the great locations to develop within the Lower Mainland.”

He discussed the property with his mother, and they decided to make an offer.

Ma enlisted a friend from university, Chen Yin Da, to be part of the purchase team, and each paid half of the $1-million deposit on the $23-million deal.

Originally held by Chen, the contract of purchase and sale and option to purchase were later assigned multiple times and eventually passed to the numbered company, for which Ma said she spoke and acted.

At the start of the court proceedings, however, Tammen said Ma failed to disclose a few important facts: the fact that she had been a Realtor when the deal was first brokered with Chen, her relationship with Yang and the fact that their brokerage company, Luxmore Realty, was due to get a $1.8-million commission out of the deal.

The judge didn’t buy it and concluded the $1.8-million commission was, in fact, driving the entire litigation.

“I find that Ms. Ma is engaged in a form of real estate speculation which involves her, through her company Luxmore, tying up this property with a view to finding investors to complete when necessary,” Tammen said.

The judge said Ma had been “playing a shell game with a shell company” and had failed to prove the numbered company she represented had been “ready, willing and able to complete (the deal) on the initial completion date or at time of trial.”

Tammen dismissed both claims. The fallout from Gill and Bhela’s purchase of the Silver Avenue property, however, continues.

The Sahotas are now suing the pair for repayment of their $1.5-million loan, which, the Sahotas say – based on an annual interest rate of 47 per cent – has since ballooned to nearly $4 million.